A line of severe storms passed through southwest Alabama on Wednesday night, causing significant damage in some areas. One location was the Faunsdale Bar & Grill in Faunsdale, AL. 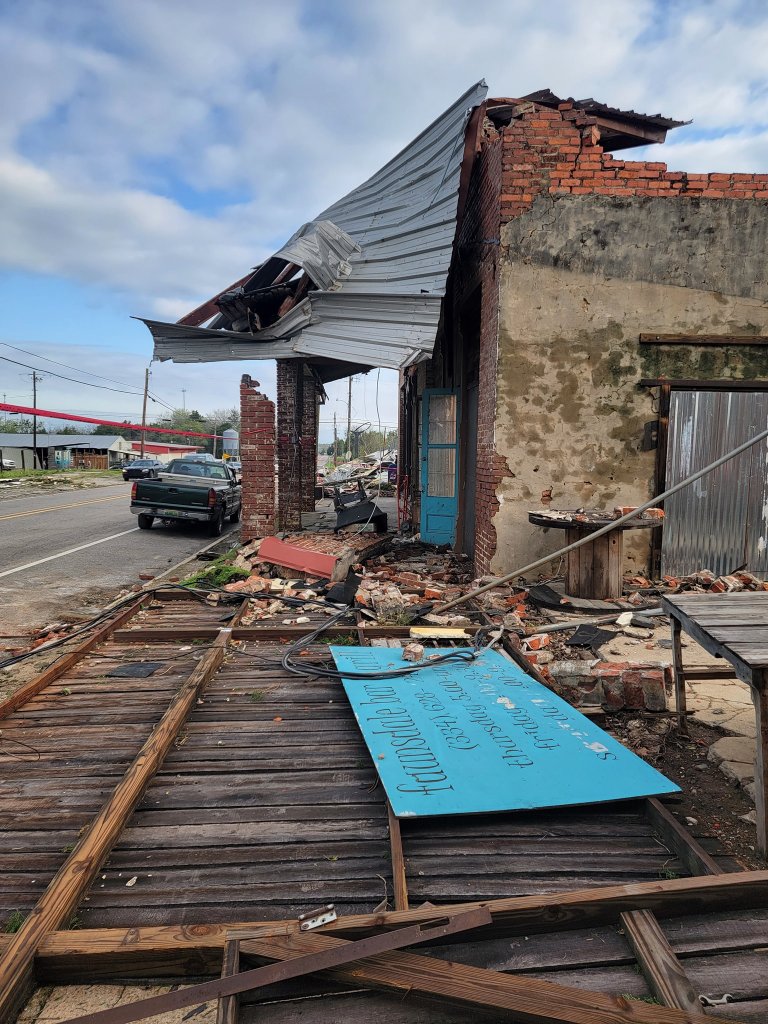 The Faunsdale Bar & Grill received significant roof damage from a possible tornado that passed through the area. Marengo County EMA Director Kevin McKinney said a tornado has not yet been confirmed. An assessment team from the National Weather Service will make that determination either today or Friday, April 1.

Four mobile homes in Faunsdale also received damage to under skirting and roofing.

To help with the cleanup effort in Faunsdale, all donations to the Faunsdale Foundation will go towards rebuilding Faunsdale! To make a donation, visit www.faunsdalefoundation.org. 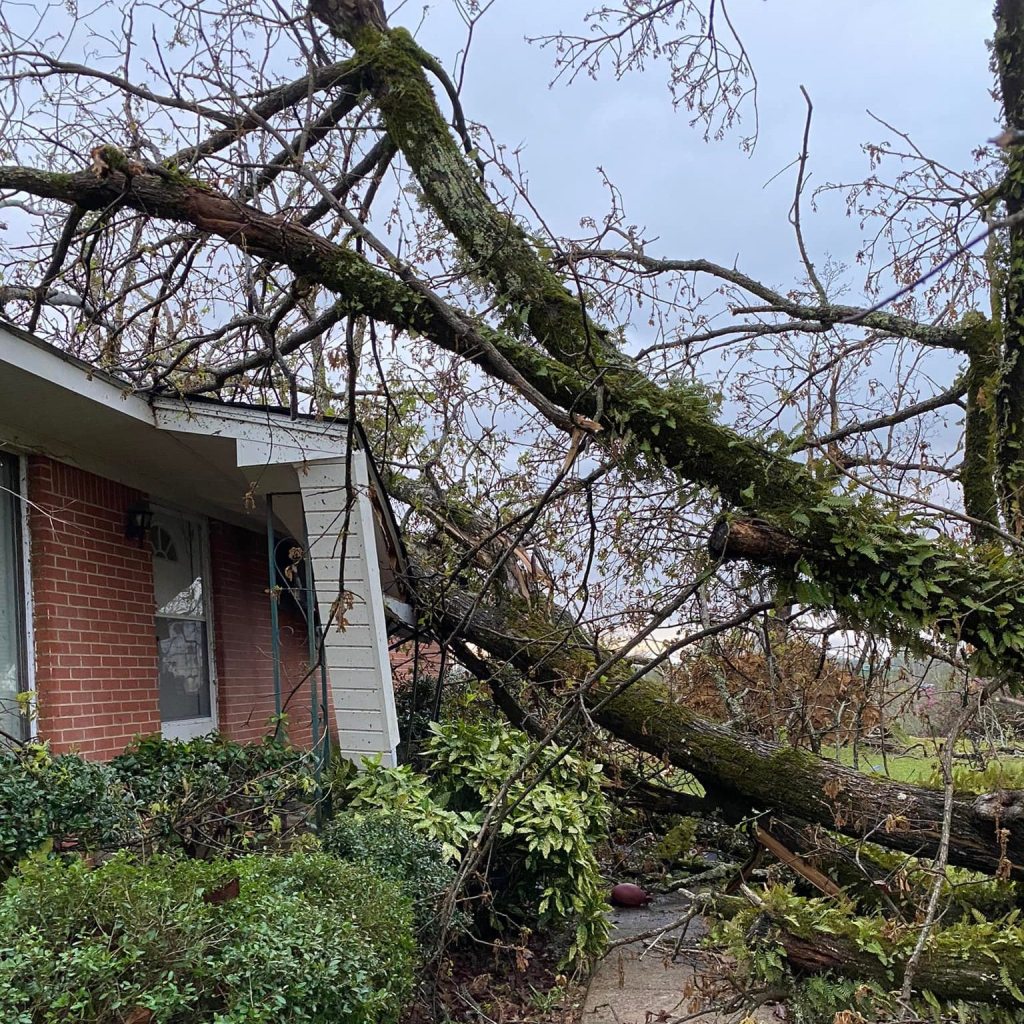 A tree fell on a home in Nanafalia during the March 30 storm system that moved across the area. Photo by Judy Etheredge.

McKinney said there have been no weather-related injuries or deaths.

According to Alabama Power, crews worked through the night to restore power to 5,000 customers in the area, and restoration efforts will continue throughout the day.