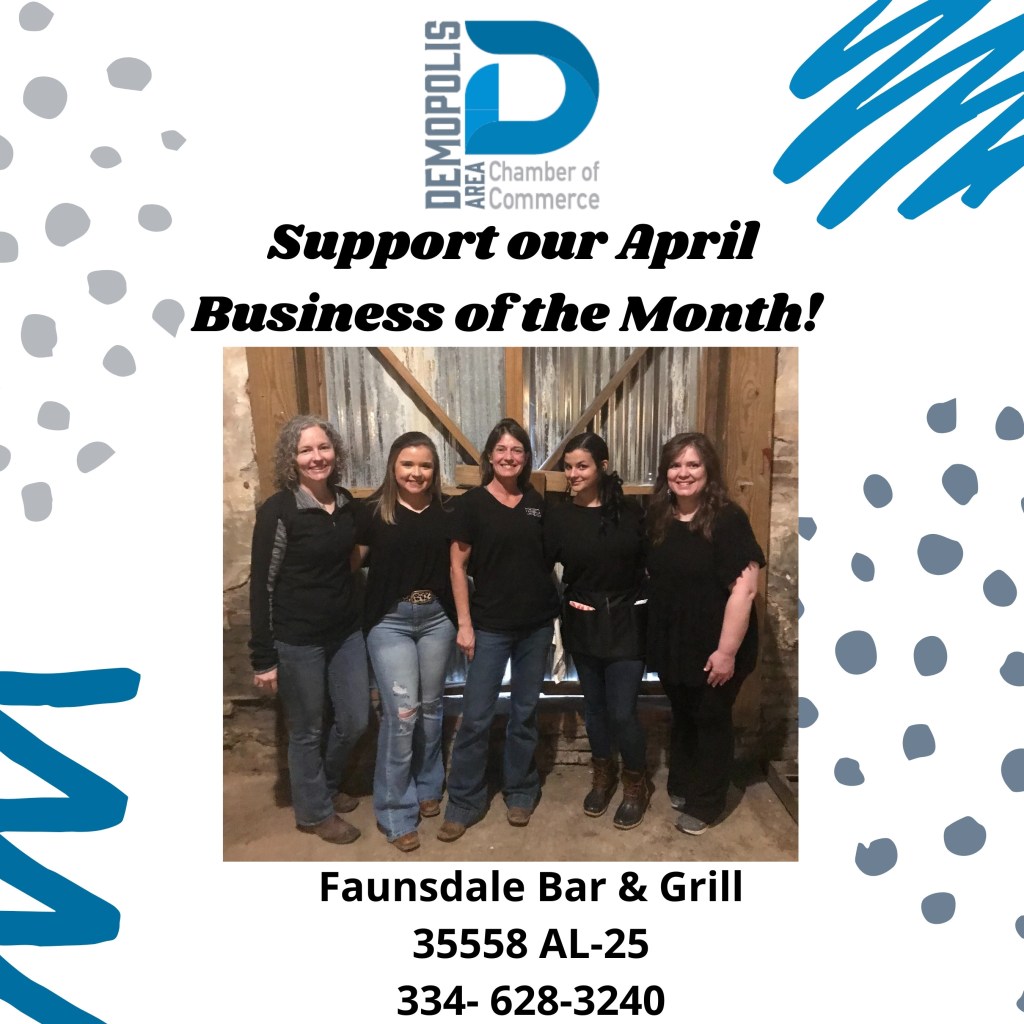 The Demopolis Area Chamber of Commerce has named the Faunsdale Bar and Grill as the April Business of the Month.

The restaurant was an unfortunate victim of severe weather last Wednesday, March 30, and received extensive damage to the roof. No injuries were reported.

“I want to say thank you for those that walked with me last night through this…secondly, thank you for all the kind words and thoughts that I have received via texts, messenger and voicemail…this has been hard and I can only take it one day at a time.”

Cassity said she would let everyone know what her next steps will be as they assess the damage.

A longer feature article on the Faunsdale Bar and Grill will appear in an upcoming edition of the Demopolis Times.