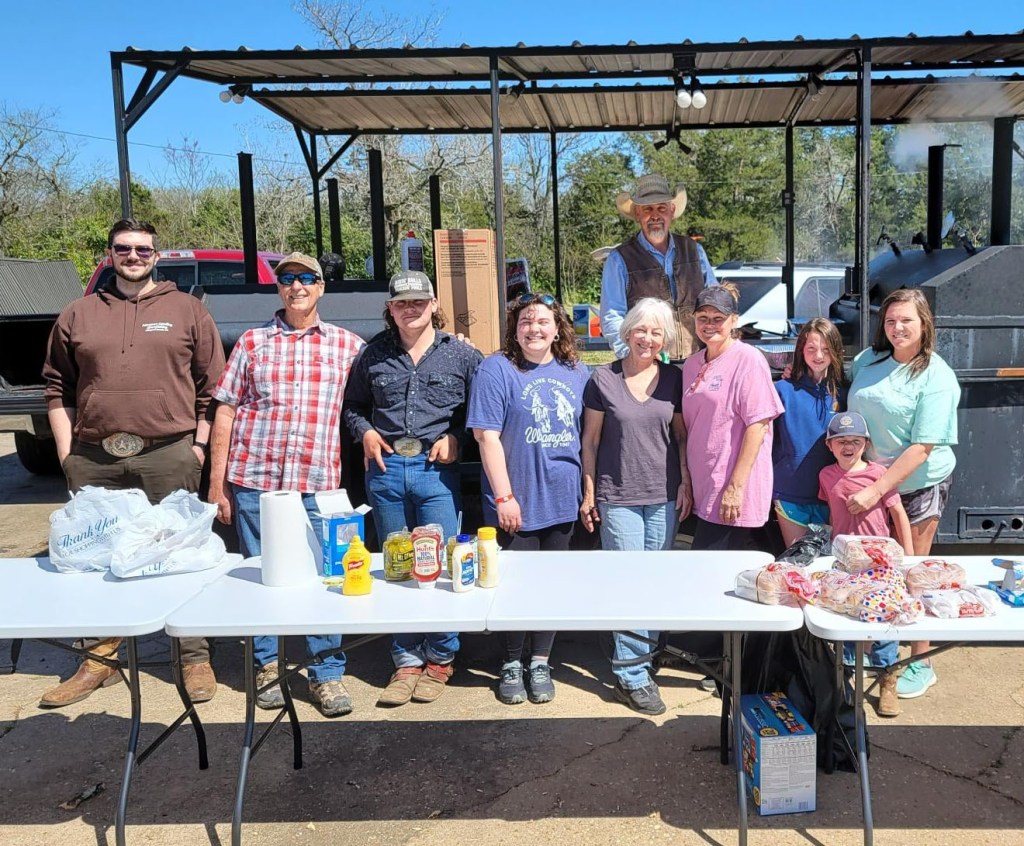 Volunteers sell food to help in the recovery of the Faunsdale Bar & Grill. Photo by Jennifer Cassity

The Faunsdale Bar & Grill has been a staple of Marengo County and the Black Belt Region since the 1980s. It provided its customers with the small town atmosphere, old fashioned Southern hospitality, and a great time with live music performances. Unfortunately, the business was a victim of a suspected tornado that passed through on March 30 and received extensive roof damage that will take time to repair.

Current owner Jennifer Cassity said that she is “taking it one day at a time,” but her ultimate goal is to rebuild and reopen the beloved bar and grill.

The Faunsdale Bar & Grill first opened for business on Super Bowl Sunday in 1989. It was originally started by three Marengo County residents who ran the business until 1995 when ownership passed to John Broussard. Cassity has worked at the bar and grill for 26 years, and she bought the business from Broussard in 2015.

Cassity said the damage to the bar and grill shocked her when she arrived at the location after the storm had passed through. Large pieces of debris were scattered on the ground and entire walls had fallen to the ground.

“A couple of the girls that worked for me had made it down here before me and had walked through the damage,” said Cassity. “They met me at my vehicle and said we’re going to walk you through there. Just be ready.”

The bar side of the building was damaged the most with collapsed walls and the metal roof had been ripped away. 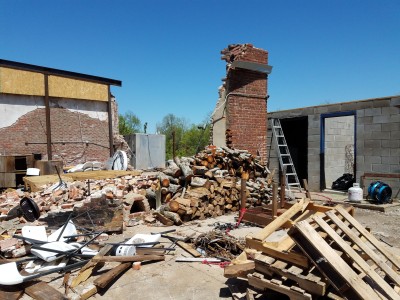 The Faunsdale Bar and Grill received significant damage during a storm on March 30. Photo by Andrea Burroughs

“We just walked through with flashlights to see the damage and get an idea of where our cleanup process would start the next morning,” said Cassity. “We salvaged what we could that night, and then we were back there the next day.”

Cassity said the outpouring of support has gone far beyond Marengo County, and that she has been receiving support and well-wishes from across the country.

“It’s been amazing there. There are not enough words to describe it. I’m constantly getting messages and emails of people asking how they can help or if I plan to rebuild it. There aren’t words to describe how much love has been sent this way,” said Cassity.

Cassity said that while rebuilding is a long way down the road, she does plan to reopen the business eventually. She said the current structure of the building is not sound and that it will have to be brought down and built from the ground up. Cassity said the storefront is the most important thing that she wants to save, but due to the weak structure she thinks she will have to recreate the storefront during the rebuilding process.

“I feel that with the concept that I’ve started putting down on paper, it’ll be loved just as much as it was before. I’m going to salvage everything I can, every brick, every piece of wood, everything that is still here. I plan on bringing it back into what I want to do,” said Cassity.

Cassity also said that she wants to bring back the business because it was a place for people to gather with family and friends to have a good time.

“When you say Faunsdale the first thing out of people’s mouths is ‘Oh, yeah, the Bar and Grill is there, right?’” said Cassity.

Cassity said her favorite night of the week was Thursday because it was the night that local kids ate for free and she loved seeing them come into the bar and grill.

“I would come out of the kitchen and see all these little kids. They loved to come down here and eat and to see Jennifer and all of the girls that worked here,” said Cassity. “The love comes from all, the young and the old. We were a family here. If you were in here all the time we knew who you were and we took the time to get to know our customers.”

Cassity expressed her thanks and gratitude to everyone who has stepped up and helped her in her time of need.

“I’m just forever grateful for the kind words and thoughts and prayers that have been lifted towards us, and I hope they continue coming,” said Cassity.