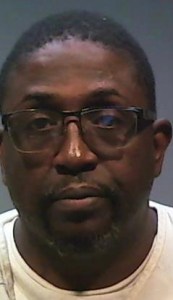 Lonnie Lee Brown III, 50, has been arrested and charged with the murder of Quentin James, 39, of Demopolis.

On 04/30/2022 at approximately 4:30am, officers responded to a shooting call near South Glover Street. Upon officers arrival they located a male subject known as Quentin James, 39 YOA of Demopolis with several gunshot wounds.

The arriving officers began First Aid and CPR procedures until medical personnel arrived. Once they arrived, Mr. James was transported to Whitfield Regional Hospital where he was later pronounced dead. DPD investigators arrived at the scene and immediately began their investigation.

At approximately 11:30am, Lonnie Lee Brown III, 50 YOA was arrested and charged with murder. He was then transported to Marengo County Detention Center. This case remains under investigation and investigators are still gathering information.

Chief Flowers would like to commend his entire staff for their response and teamwork that lead to the quick identification and apprehension of the suspect.

“This was truly a team effort from the patrol officers, investigators, ranking members of the department”.