Children’s Police and Youth Leadership Academies return for the summer 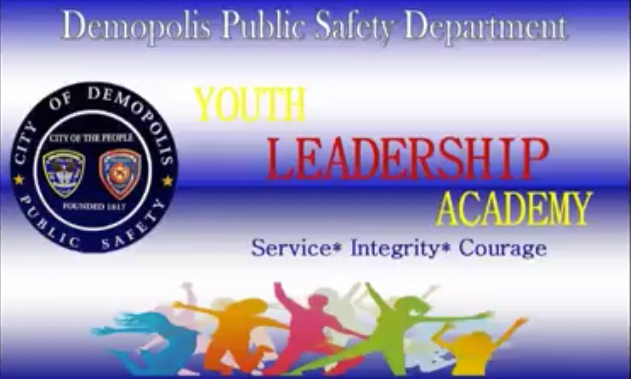 After putting the programs on hold during the pandemic, the Demopolis Police Department is bringing back both the Children’s Police Academy and Youth Leadership Academy. In collaboration with the Theo Ratliff Center, both academies are on a mission to prepare the next generation of leaders with the tools they will need to succeed and become active members of their community.

The return of these academies represents their entrenchment as annual programs capable of bringing together the area’s youth and instilling in them the values necessary to become tomorrow’s leaders.

Demopolis Police Chief Rex Flowers spoke to a renewed interest in the academy programs, especially after being dormant for the last two years.

The Children’s Police Academy, in particular, will include field trips to the Demopolis Public Library, Fire Department, and playground at the city’s landing. The main focus of the CPA is anti-bullying education for elementary aged children, as well as lessons about gun safety.

“We do teach several classes about bullying and gun safety, so they know what to do if they see a gun and all that kind of stuff,” Flower said. “So that helps them in the future if something happens to them, they know how to react.”

When the academies began, the mission was simple: serve the Demopolis community by building a relationship between the Police Department and its residents through working with the youth and providing an environment for them to learn skills that empower and educate them.

The Children’s Police Academy has done so well that the programs have decided to expand their capacity and add another term later in the summer.

“We opened up the first one. That was on June 13. And we had so many participants in that one that we decided to open up another one that we’re running from June 20 to 24 to four sessions that will be going on,” Flowers said. “We usually try to run it between twenty and fifty kids, but we have like four to five kids right now. So I’m assuming we anticipate that the last class will fill out before we’ve started.”

On the other hand, the Youth Leadership Academy began as an offshoot inspired by The Demopolis Citizens Public Safety Academy. Working primarily with middle and high school-aged students, YLA looks to instill leadership skills into their students through activities that test their communication abilities, teamwork, and ethics.

“Well, we started off with the citizens’ police camp, and we did that. We did that trying to bridge the gap with the community and the police department, just to get them familiar with what we do and build a relationship with the community,” Flowers said. “And then we’ve come out with the Youth Leadership Academy that target a group of teenagers.”

The Children’s Police Academy’s first session will run from June 13-17, and its second session, which is still taking applications, will last June 20-24. The Youth Leadership Academy summer program will similarly begin and last from June 20-24 but will not host another session. Those interested in either program may apply by picking up an application at the front desk of the Demopolis Police Department, 301 E. Washington Street.