During the June 16 Demopolis City Council meeting Mayor Woody Collins recommended Cpt. Jeb Bailey as the permanent Chief for the Demopolis Fire Department. Members of the VFW Post 5377 also presented their annual awards for Policeman of the Year and Firefighter of the Year. 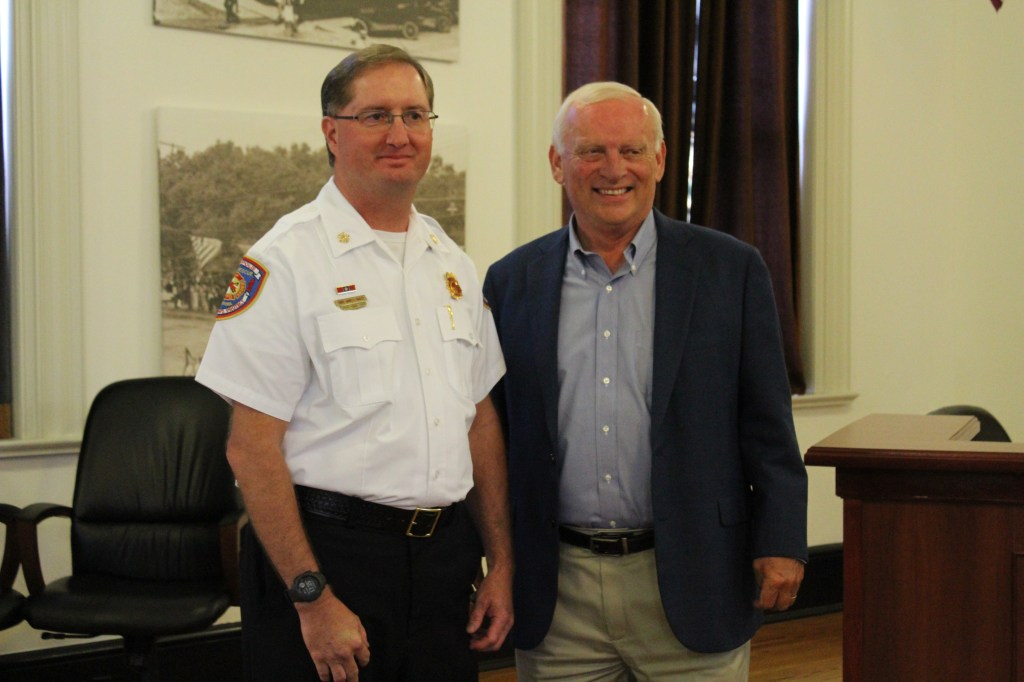 Bailey has been a firefighter for 23 years, and until last Thursday he served as the interim Fire Chief for the DFD. Bailey received a unanimous vote from the Council.

Members of the VFW Post 5377 presented their annual recognition awards to Officer Rodriquez Jones for Policeman of the Year and Bo Hansford for Firefighter of the Year. Hansford has since moved to Tuscaloosa for work and his award will be delivered to him. 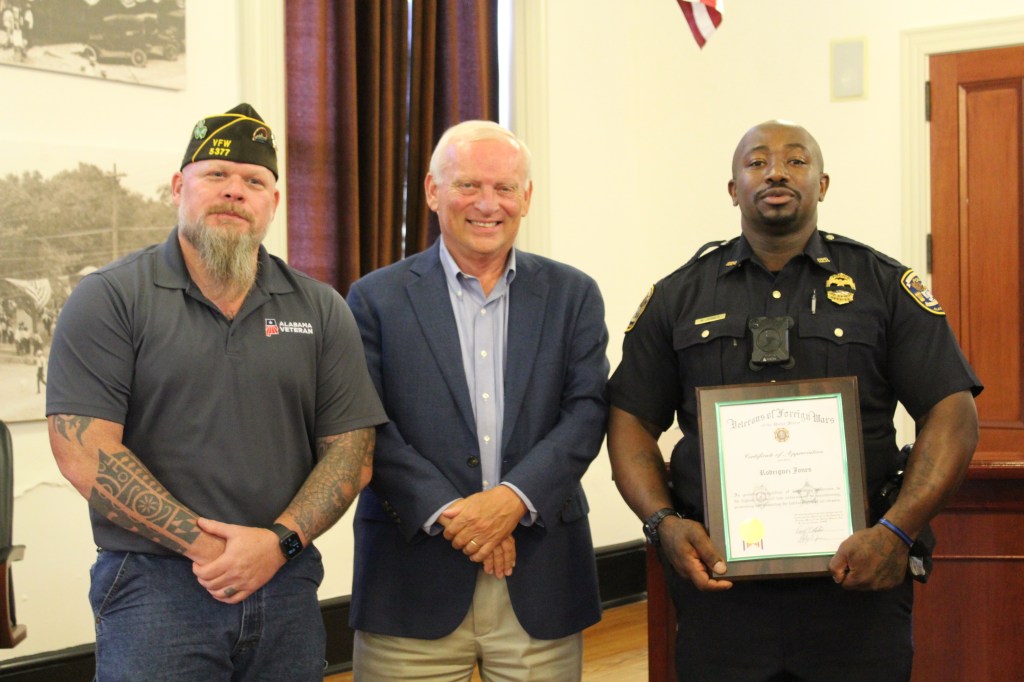 DPD Officer Rodriquez Jones (right) was recognized as the Policeman of the Year by the VFW Post 5377. Pictured with him is Post Commander David Heaton (left), and Mayor Woody Collins. Photo by Andrea Burroughs

During the regular meeting, Collins announced that the City Landing has reopened to boaters. The project will officially be completed once lighting and a new pavilion are added to the area.

The Council approved an entertainment district for downtown Demopolis on June 28 when Main Street Alabama will formally announce Demopolis as a member of the program. The committee will take a walking tour of the downtown area.

Other items approved/discussed by the Council:

The Doctor is in: Anderson Family Care holds ribbon-cutting