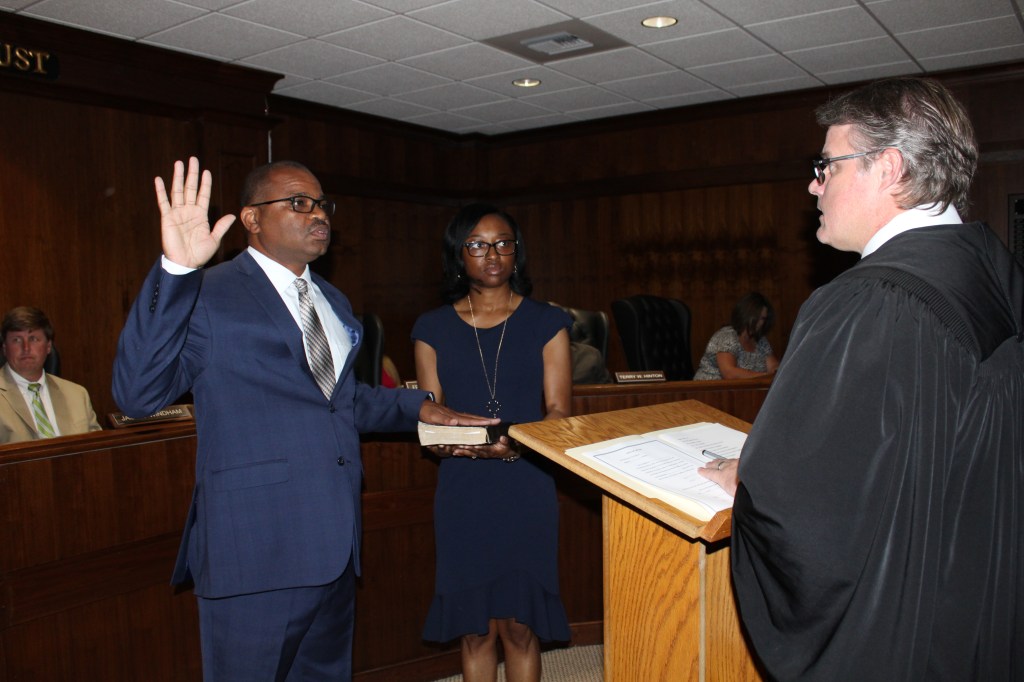 Armstead has served in several leadership positions over the years such as Director of the Highway Traffic Safety South West Region, he was responsible for writing and administering over $500,000 in ADECA (Alabama Department of Economic and Community Affairs) grant funding, and he currently serves as the Director of Public Transportation.

During public comments, Charles Freeman approached the Commission to request that the County maintain John Barnes Road. Commissioner Jason Windham said that the road is private property and if the County is to maintain it, Freeman would have to get a resolution from the Commission. However, the process takes time as all the adjoining property owners in the area need to sign off right-of-way to it. Freeman said there are 14 landowners in the area.