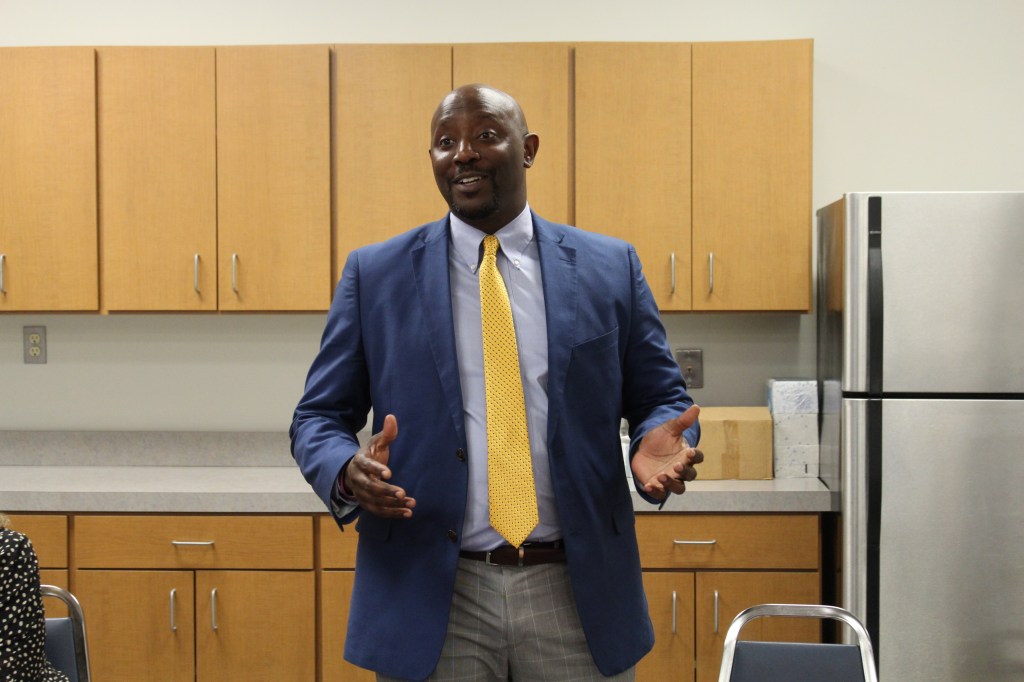 Alphus Shipman has been named as the new principal of U.S. Jones Elementary School.

Alphus Shipman was named as the new principal at U.S. Jones Elementary School during the July 18 Demopolis Board of Education meeting.

Though originally from Dothan, AL, Shipman is not a stranger to the Demopolis area. He and his family lived in Demopolis for seven years when he served as the football coach at John Essex High School. Shipman is married with three children, two sons and a daughter.

“I lived in Demopolis for seven years and I loved every moment of it. Demopolis has always felt like home because I started here,” said Shipman.

Shipman has 22 years of experience in education and has worked at the elementary, middle, and high school level.

“I’m not a guy that takes a job and then leaves it. I want to see it and everything I do through,” said Shipman. “I thank the Board and Superintendent Tony Willis for giving me this opportunity. I will value it.”

Shipman said his first move as principal will be building relationships with the teachers and staff of U.S. Jones.

“I’ve looked at the data, and the teachers are doing a great job of moving U.S. Jones forward,” said Shipman. “I don’t need to go in and shake up anything, but I want to build relationships with them and figure out how I can best support them.”

Shipman said his door will always be open for anyone to come and talk to him. He will officially take over as principal on July 27.