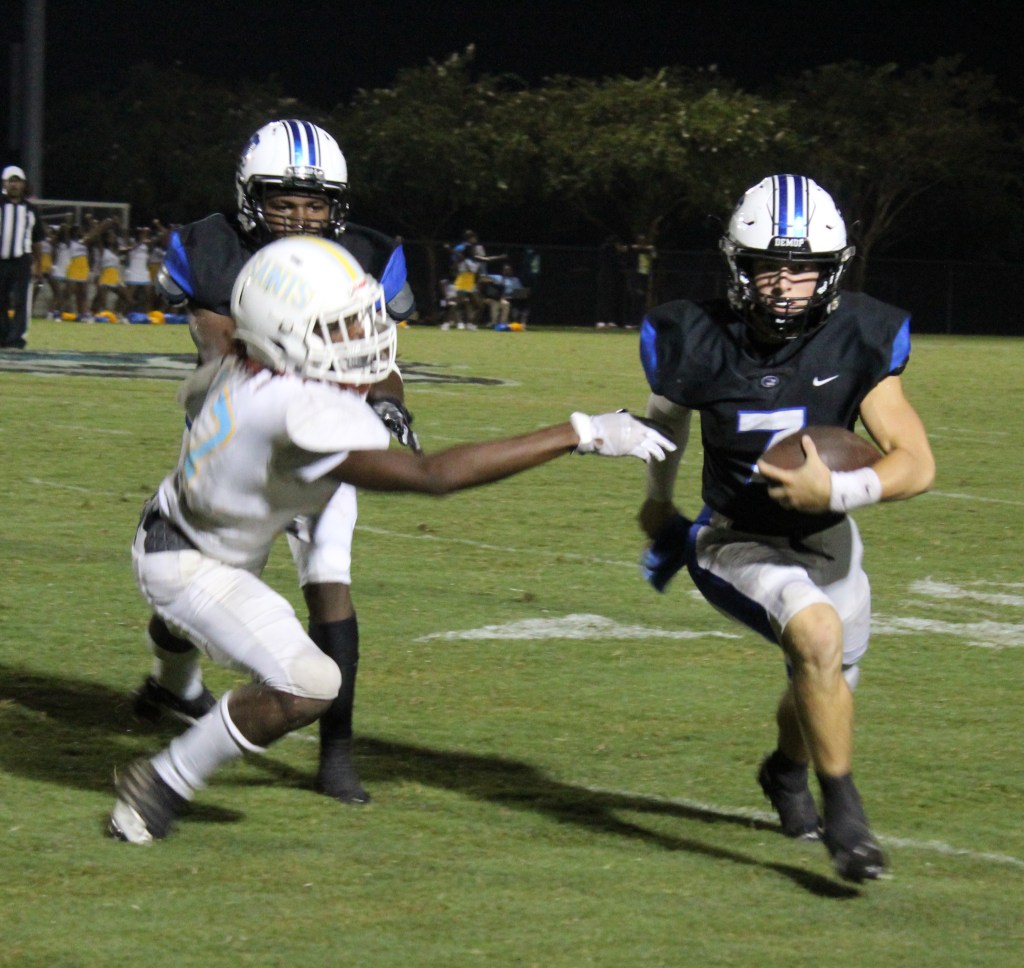 The third game of the season for the Demopolis Tigers was a memorable one given that the game was delayed twice. The first delay was for lightning, and the second was for a lighting issue when the stadium lights went out near the end of the first half. The Tigers didn’t let that deter them however, and they went on to defeat the visiting Selma Saints 22-0

The first score for the Tigers, and the only score of the first half, came at the 7:11 mark in the second quarter when Keishawn Rowser made a 2-yard run into the end zone. The two-point conversion by Javien Blanks was good and the Tigers were on the board with a 8-0 lead.

Montgomery Freeman scored next for the Tigers on a 3-yard run with 9:25 to go in the third quarter. Jose Tellez’s PAT kick was good, upping the DHS lead to 15-0.

The last score of the game came at the 9:17 mark when Kelvin Rowser ran it in from 3 yards out. Tellez’s PAT kick was good, making the score 22-0.

Selma almost had a chance to get on the board when they recovered a Tiger fumble at the Saints 30-yard line with 2:50 left to play in the game. However, the Saints were unable to score and turned the ball back over to the Tigers who ran out the rest of the clock, making the final 22-0

This Friday, September 9, the Tigers (2-1) will take on the Marbury Bulldogs in their second region game of the season. Kickoff is set for 7:00 p.m. at Tiger Stadium and all tickets are available on GoFan.com.