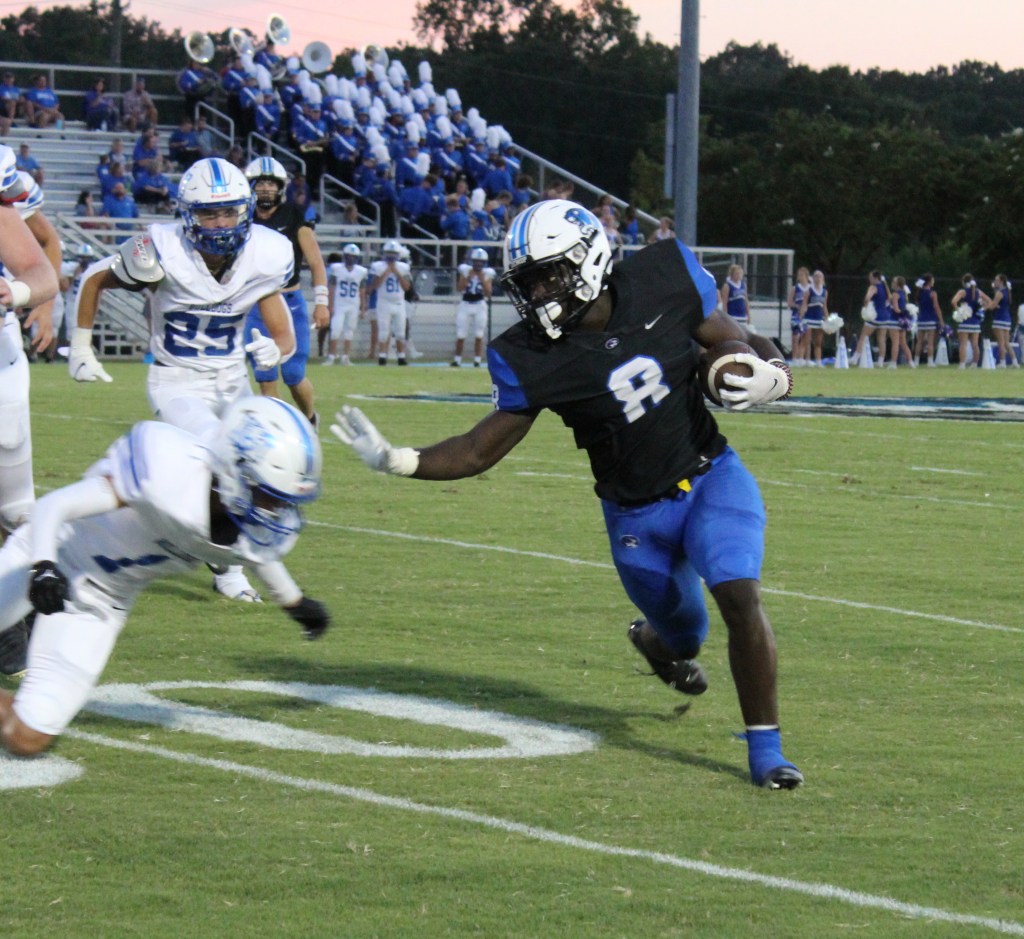 The Demopolis Tigers steamrolled the visiting Marbury Bulldogs last Thursday, September 8 by a score of 54-0.

Antonio Cox got the ball rolling for the Tigers when he ran it in with 7:09 to go in the first quarter. The PAT kick by Jose Tellez was good and DHS jumped out to an early lead at 7-0.

Marbury’s following possession went four-and-out, and they turned the ball over on downs with 6:04 to play in the first quarter.

Cox found the end zone again at the 4:59 mark, and ran it in for the score. Tellez’s PAT attempt was good and upped the DHS score to 14-0.

The next score for the Tigers came from Dylan Jackson at the 11:39 mark in the second quarter. Tellez’s extra point kick was good, and the Tigers increased their score to 21-0.

After another turnover on downs by the Bulldogs, Kelvin Rowser would score a touchdown for the Tigers with 8:32 left in the first half. Tellez remained perfect on extra point kicks, and the Tigers had a 28-0 lead.

Rowser scored again near the end of the first half with 3:09 left to play. The PAT kick by Tellez was good, making the score. Score is 35-0.

After a Marbury fumble that was recovered by DHS, Kelvin Rowser took it in for the score at the 2:39 mark. The extra point hold was mishandled and missed, making the score 41-0.

The third quarter saw only one score by Keishawn Rowser with 2:58 left in the quarter. The PAT was good, making the score 48-0.

The last score of the game after Marbury missed a field goal attempt and turned the ball over to the Tigers. Jose Tellez scored on a long run with 6:28 left to play in the game. The PAT was no good, making the final score 54-0.

This Friday, September 16, the Tigers will travel to Grove Hill to take on the Clarke County Bulldogs. Kickoff is set for 7:00 p.m. and all tickets are available on GoFan.com.