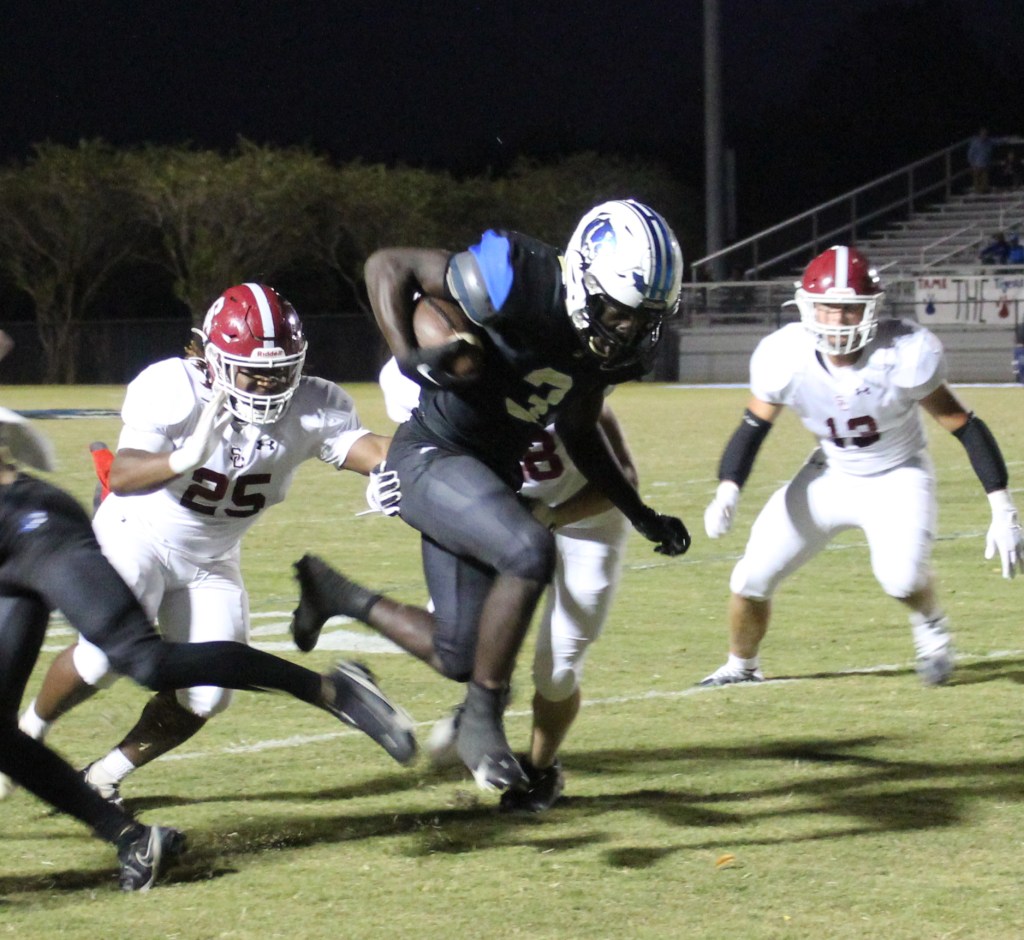 The Demopolis Tigers ended their Homecoming week on a good note with a win over the Shelby County Wildcats. The 48-6 victory improved the Tigers record to 6-1.

DHS quarterback Kevin McElroy scored the first touchdown of the night with 8:06 left in the first quarter. The extra point kick by Jose Tellez was good, and the Tigers jumped out to an early 7-0 lead.

Kelvin Rowser was the next to score for the Tigers on a long run with 59.5 left in the first quarter. The extra point kick was good, upping the Tigers score to 21-0.

Shelby County’s next possession goes four and out, and they down the punt and downs at the Demopolis one-yard line with 10:55 in the second quarter. Fortunately, the Tigers didn’t let bad field position deter them, and they marched down the field where Kevin McElroy scored his second touchdown with 6:24 left in the first half. Tellez’s PAT kick was good, making the score 28-0. That would be the last score of the first half.

When the third quarter rolled around, the Tigers wasted no time in finding the end zone as Kelvin Rowser took the opening kickoff down the field for a score with only one minute gone off the clock. Tellez continued to be perfect on PAT kicks, making the Tiger score 34-0.

Shelby County’s next possession went over on downs. Again the Tigers scored quickly when Nate Azariah ran it in with 9:40 to go in the third. The extra point was good, and upped the score to 41-0.

As soon as the Wildcats got the ball back, they turned it over again when Jake Bumgarner intercepted a pass, allowing the Tigers to take over at midfield with 8:15 to play in the third quarter. The Tigers quickly turned interception into points moments later when Keishawn Rowser ran it in with 6:42 left in the quarter. The PAT was good, making the score 48-0.

The Wildcats’ only score of the night came on a blocked punt taken in for a touchdown with 10:15 left in the first quarter. The extra point kick failed, making the final score of the game 48-6, as neither team would score again.

This Friday, October 7, the Tigers will travel to Chilton County to take on the Jemison Panthers in their fourth region game of the season. Kickoff is set for 7:00 p.m. and all tickets are available on GoFan.com.