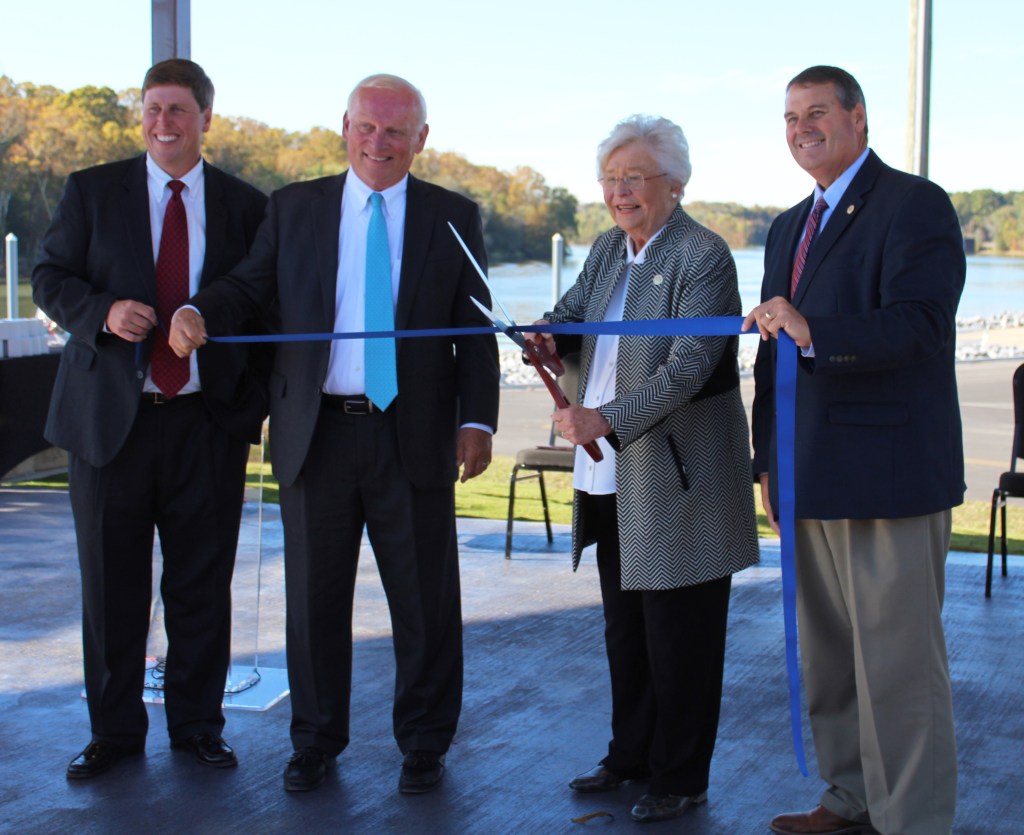 Gov. Kay Ivey paid a visit to Demopolis last Thursday, October 27 to celebrate the official opening of the City Landing. Alongside Gov. Ivey was Chris Blankenship, Commissioner of the Department of Conservation and Natural Resources, Demopolis Mayor Woody Collins, the Demopolis City Council, the Marengo County Commission, and others in attendance for the ribbon cutting.

Marengo County Commissioner Jason Windham was the first to speak during the event, and he spoke on how the project came together. The project started off on somewhat of a sour note when the bids first came in at $3.1 million, which was double the price of what was originally envisioned. The City of Demopolis was tasked with paying for half of the project.

It seemed like an impossible task at first, but after some discussion with city and state officials, several entities came together to help pay for the much needed project. Seven organizations pooled their money to get the project off the ground: the Marengo County Commission, the Marengo County Economic Development Authority (MCEDA), the Marengo Park and Recreation Board, the Demopolis Park and Recreation Board, the City of Demopolis, the Corps of Engineers, and the Alabama Department of Conservation and Natural Resources.

“All of these groups came together and funded a project for over $1 million to make this a reality,” said Windham. “It was amazing the amount of people who came together.”

In addition to the $1 million raised, the project also received donations from other groups and businesses such as Naheola Credit Union to build new pavilions at the landing. H&M Construction, Gaddy Electric, Personal Touch, USA Ready Mix, Winfield Equipment, and Paint and Supply also played a large role in the construction of the landing and pavilions.

“It’s been an amazing adventure and journey. When Demopolis and Marengo County need to come together, they do. I’m proud to be here and I can happily say we’ve landed the plane.”

Chris Blankenship spoke next and touched on the need for public access in Demopolis.

“With spectacular fishing and all the various waterways, the demand for boating and public access is through the roof here in Demopolis,” said Blankenship. “Expanding outdoor recreation is one of the biggest opportunities we have to retain workers in Alabama. Having a facility like this in West Alabama will help this part of the state capitalize on the resources in the area.”

Blankenship said that he is most proud of the project in Demopolis.

“When the bids came back and were double what we thought they were going to be, there were some long sighs in the room,” said Blankenship. “I am so thankful that we were able to work together to find a way to make this project happen. There was never a problem that we had that was met with ‘we can’t do this’ or that’s not possible.’ It was always let’s how can we make this make, let’s make this work. That’s why I am so proud of this project.”

Gov. Kay Ivey echoed Blankenship in expressing her pride and satisfaction with the City Landing project.

“This first class project demonstrates the efficiency of Alabama cooperation. Working together, the Alabama State Department of Conservation, the City of Demopolis, and Marengo County, brought this $3 million investment to West Alabama, which will provide millions of dollars of economic benefit to our Black Belt region of the state,” said Ivey. 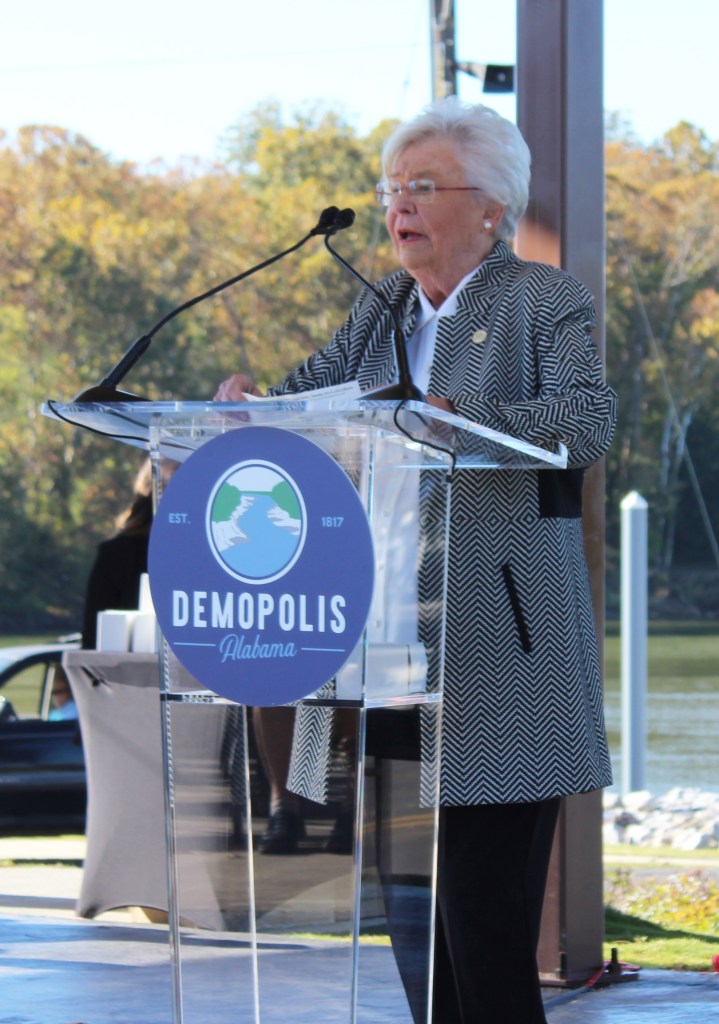 Ivey said that the project will help the Demopolis community to capitalize on the great fishing in the Black Warrior and Tombigbee rivers. With the new landing, Marengo County will now be able to host regional and national bass tournaments to help promote access to the waterways.

“I fully expect to watch the tourism industry grow even more after the opening of this boat ramp here in Demopolis,” said Ivey.

Ivey closed by stating how important the new landing is and how it will draw in people from all over.

“Alabama is known as Alabama the Beautiful for a reason. This opening will allow more of our families from far and near to get out and experience our great state,” said Ivey. “This project is not an end, but just the beginning. We will be developing more boating access projects like this one in Demopolis, but I know Marengo County will be tough to beat. I look forward to seeing what all the Demopolis boat ramp has to offer, not just to the city, but the entire state of Alabama.”