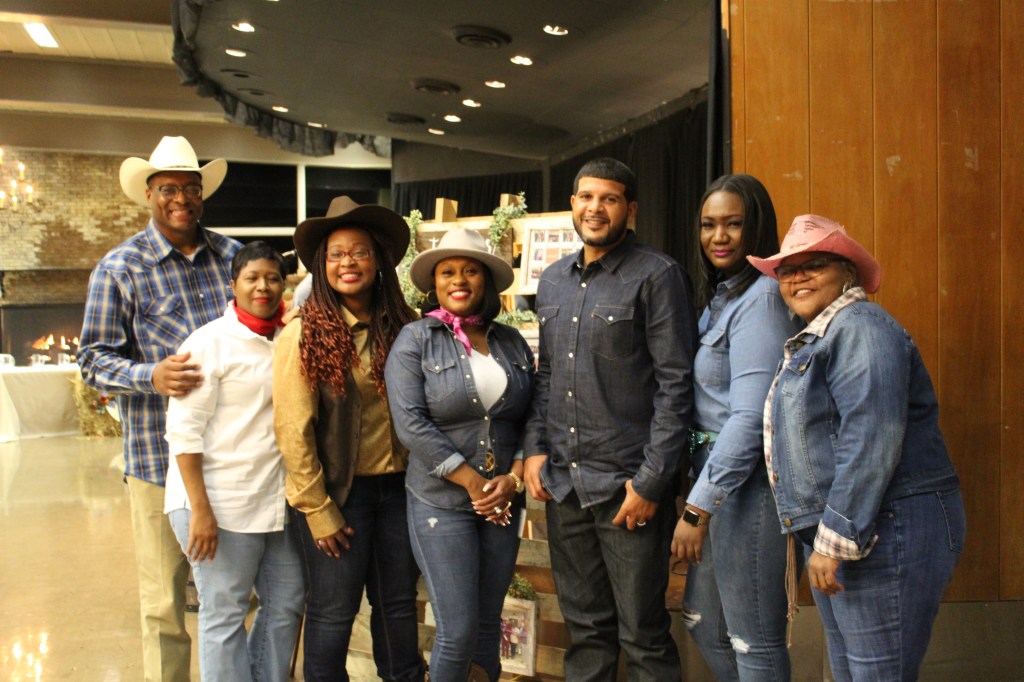 Attendees at the Rural Health Medical Program enjoyed a night of dressing up in country western and celebrating the program’s 45th anniversary.

The Rural Health Medical Program celebrated its 45th anniversary last Wednesday, October 26 at the Demopolis Civic Center. The theme for the event was “Wild Wild West Cabaret” and attendees were encouraged to dress up in country western attire.

The Rural Health Medical Program Incorporated (RHMPI) was established in 1977 in Uniontown, Alabama. What started as one Community Health Center within a Public Housing Authority providing Primary Health Care and Dental services to the entire community of Uniontown, Alabama, has since grown from one site with ten employees over the past forty years to eight Community Health Center sites. It also has one mobile clinic unit with over sixty employees under the leadership of an exceptional Board of Leaders representing five counties: Dallas, Perry, Marengo, Monroe, Clarke, and Wilcox.

The event began with a meet and greet where those in attendance could mingle together before the main program began. Light refreshments were served and entertainment was provided by The Official Clutch Band.

The keynote speaker for the program was Dexter Hinton, Mayor of the City of Marion and the RHMPI Board Parliamentarian. Hinton has served in the RHMPI for three years.

In 2017, Hinton was approached about joining the RHMPI as the city did not have a representative at the time. Hinton has a Biology Pre-Med degree, and he understood the need for healthcare in rural areas.

“I understood that heart attacks, strokes, and diabetes had high numbers in the Black Belt region of Alabama. I took the initiative to step out and help where I could,” said Hinton.

“That’s awesome for this area. We’ve put in a dental mobile unit, and have created partnerships with the University of Alabama, the University of West Alabama, Coastal Alabama Community College, and Wallace Community College in Selma,” said Hinton. “It is awesome to be an economic boon for the Black Belt area. When you have 70 employees that are able to take care of their families, homes, and the community, that means a lot and makes an impact on the area.”

Keshee Dozier Smith, CEO of RHMPI provided the annual report for the program. Smith began working for the RHMPI in 2016 when its budget was around $3,000,000. In those six years, that budget has increased to $10.4 million.

“That’s at least $1 million a year. That’s a combination of grant writing and making sure that we brought in our building and coding to make sure that work our employees were doing was properly documented,” said Smith.

Over the last 6 years, company growth and expansion saw a 25 percent increase, and a 44 percent in the number of accessible locations added.

“Our goal is to be convenient and bring access to get exceptional service. I think my staff and our board members can say that we have done that for 45 years,” said Smith.