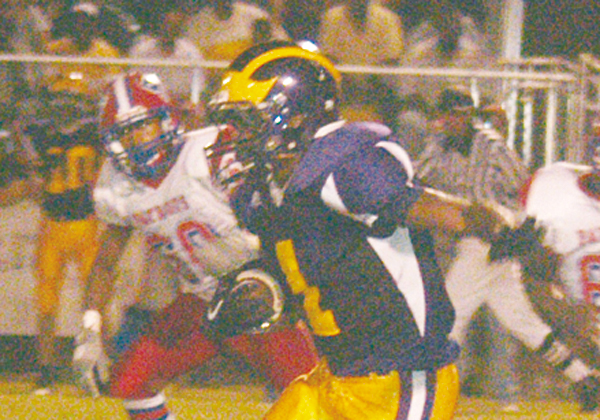 Sweet Water's Deon Waters is this week's Player of the Week

Stacy Luker may not say it to too many people, but he had to know coming into the season that Deon Waters would play an important role for the Sweet Water Bulldogs this season. And in what essentially served as a de facto region championship game against Linden, Waters made what was without doubt the biggest individual impact by any one player.
With the absence of arguably the single greatest defensive force in 1A football in linebacker Chris Landrum, Waters announced his presence to the rest of the state when he ran down Kendarius Fritts for a touchdown-saving tackle inside the Bulldog five yard line.
Luker pointed to that play as the turning point for the Bulldogs as it prevented Linden from going up by two scores early.
Waters later recovered a fumble to stall another Patriot drive. A few plays after that Waters took a handoff 65 yards for a Bulldog touchdown.
And, as if he had not done enough, Waters showed up in the right place at the right time again with a fourth quarter interception to end another Patriot threat.
What happens with the Bulldogs’ season the rest of the way remains to be seen, but it seems a safe bet that Deon Waters’ time on the big stage is for more than just a cameo appearance.