MA has no problem with Wilcox 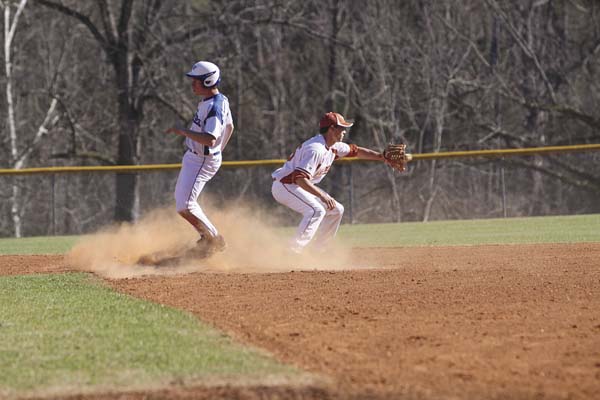 LINDEN — The Longhorns overcame a shaky start to down Wilcox 10-3 in their Scott Park opener Tuesday.

Marengo Academy (4-1) surrendered three runs in the first inning while head coach Jonathan Lindsey had his starting pitcher, Matt Wallace, working on aspects of his game.

Lindsey said he wanted Wallace to establish his fastball and give little heed to the performance of the Wilcox lineup.

Wallace ultimately settled in and struck out one batter through two innings of work. His lineup got him off the hook in the bottom of the first inning when it erupted for four runs to put MA back in front.

The Longhorns rallied to score four more runs in the home half of the fourth inning before scoring two more in the sixth.

“It’s still early in the year and we’ve still got a lot of work to do,” Lindsey said. “I’m not pleased with where our pitchers are, but they are doing what they are asked.”

Wallace gave way to Jacob Dunn, who struck out two batters over two innings of work for his strongest performance of the young season.

Mason Rogers wrapped up the day with three innings of scoreless work, striking out three in the process.

Matt Etheridge went 1-for-2 for the Longhorns in the leadoff spots, scoring two runs and stealing a base before leaving with an injury.

The Longhorns return to the diamond this weekend when they compete in the Border Wars tournament against some of the toughest competition from Georgia.

“We’re going to play some good ball clubs,” Lindsey said. “That’s what we need early in the year. Every team out there is a quality team.”