The Lady Trojans took control early in the first set, jumping out to a 7-3 lead. 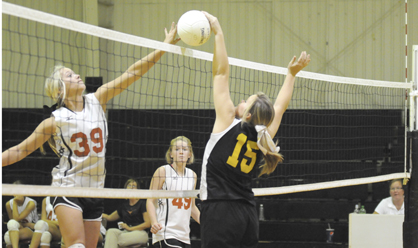 The Longhorns fought back to tie the set at 11-11, but Meadowview took back the lead to eventually go ahead 24-20.

A spike by the Longhorns made the game closer at 24-21, but Meadowview’s Hope Redd blocked the ball at the net to close out the set with a win for Meadowview.

Meadowview could not carry the momentum over to the next few sets, though, and Marengo Academy came away with the victory in four sets.