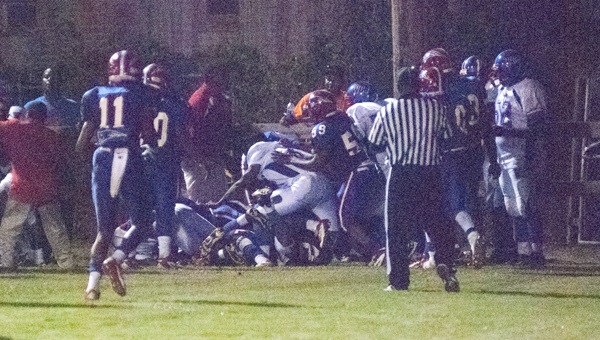 A fight broke out Thursday night during the Linden-Wilcox Central football game.

The game Thursday night between Linden and Wilcox Central was called in the third quarter after a fight broke out between players.

The game finished 47-8 with 1:31 to go in the third quarter following the ejections of approximately 25 players.

Linden head coach Andro Williams said he wanted to finish the game instead of having it called.

“You never want to end a game with a situation like that,” he said. “I was in favor of finishing the game, but you have to do what is best for that type of situation.”

It’s unclear at this time which players were ejected. All the jersey numbers called by referees don’t match those in use.

“We will have to look at the game film and evaluate the situation,” Williams said. “I hope all of our kids made the right decision.” 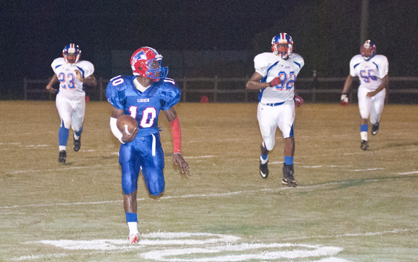 Williams added that there was not much indication that a fight was going to break out during the game and that, although it wasn’t the worst situation he had seen, it was the worst he had been involved in.

“It was the worst encounter I have been a part of,” he said.”We just have to get the game film and go from there.”

The incident happened after what had been a ho-hum game that saw Linden get out to a big lead. 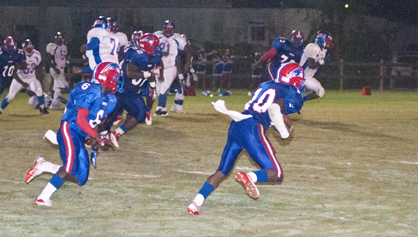 The Patriots were up 21-0 in the first quarter after two rushing touchdowns by Anthony Robinson Jr. and another by Jalen Lewis.

Linden then added a safety and another Lewis rushing touchdown to lead 28-0 still in the first.

Wilcox Central got on the board after a 60-plus yard run. A successful two-point conversion put things at 28-8 with 6:16 to go before half.

The Patriots were able to add two more touchdowns before then though off runs by Christopher Robinson and Lewis, his third rushing touchdown of the night.

Linden would add one more touchdown on the second play of the third quarter when Robinson intercepted a pass for a 65-yard touchdown return.

Before the game-ending fight, Williams said he was pleased with his team’s performance.

“We played with a lot of energy and got after it tonight.” 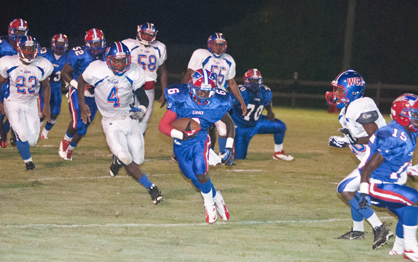