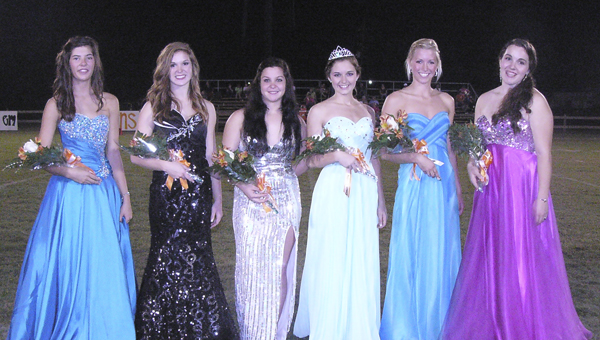 Marengo Academy came from behind in the second half to bring the Longhorns to a Homecoming victory over Meadowview Christian with a 42-26 win on Friday night.

“We weren’t very focused in the beginning,” Coach Robby James of Marengo Academy said. “But, these guys play hard and wanted to win. We came out better after the half and played with more control.” 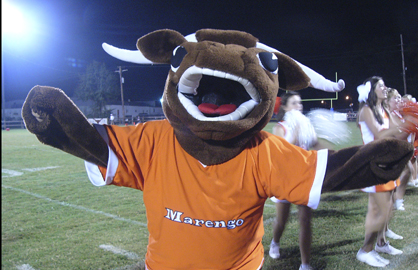 Louie the Longhorn cheers his team to victory.

Hayden Huckabee stormed over the Trojans with 140 yards with 20 carries and 2 touchdowns.

Dylan Lawrence of Meadowview Christian appeared to be the Longhorns biggest threat dominating in the first half bringing the Trojans to a 26-14 lead over Marengo at halftime.

Marengo ensured the Trojans didn’t see a score change anymore that night, keeping them to their 26 points for the rest of the game. 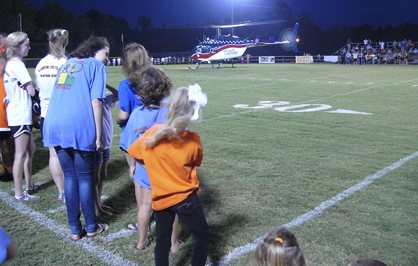 The Longhorns defense dominated in the second half. Hayden Hall led the defense with 9 tackles with 2 assists.

The final score for the Longhorns came after a blocked punt by Shade Pritchett putting Marengo on the Trojans 15-yard line. Brant Lewis then completed the drive with a TD run for 15-yards.

“I am very proud of the team,” James said. “We just have to continue to get better and better.”