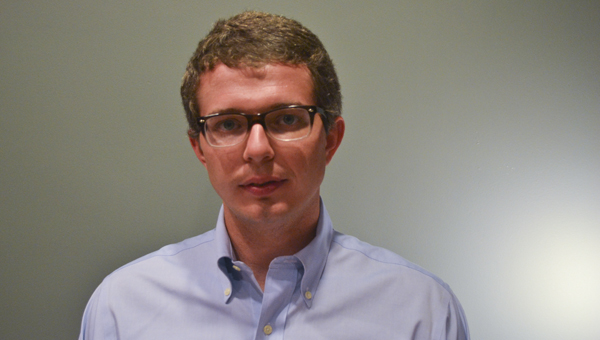 Robert Thead is the author of The Sovereign Soil.

Demopolis native Robert Thead’s first journey into writing his debut novel “The Sovereign Soil” began when he finished a draft this spring after three months of writing that produced 85,000 words.

Fast forward to this month when the book was released.

Thead’s novel delves into the life of main characters Martin and Sara, who persevere as a family, farming and getting by in a Second Great Depression. 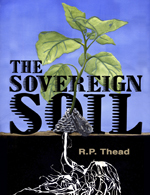 Much of the book takes place in a fictionalized Faunsdale and some takes place in the Washington, D.C. where Thead currently resides with his wife Deven.

Thead said he hadn’t planned on becoming a writer.

“I never really set out as an author as my background isn’t in creative writing or anything,” he said. “I like reading, so I guess that is how I am able to write.”

The couple in the book goes through a series of life’s challenges as Thead takes them through his vision of what this generation would be like if there was a Second Great Depression.

With master’s studies in political science and public policy, Thead uses this knowledge to bring to life several thoughts like … What if the student loan crisis spirals further out of control or what will the troops from the two Middle East wars do when they all come home and the wars are over?

“I plan for a logical sequel to follow the book,” he said. “The winter months lend themselves to solitude and introspection; winter is a good time for focusing on a big writing project.”

Thead moved from Demopolis about 10 years ago, but said he thanks the people of Demopolis for all the support they have given him.

“The support I received when my book came out, you would have thought I moved away a month ago and not 10 years ago. I am so thankful,” he said.

Those interested in the book or more information about Thead can visit www.rpthead.com or purchase the book on Amazon.com.