Linden loses tough one against Brantley 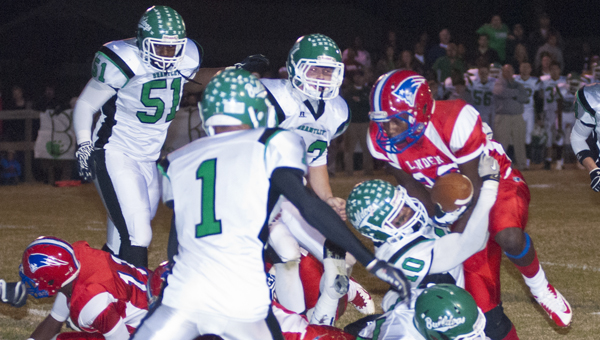 Football is a game of seconds and inches. That rung true Friday in Linden’s contest against Brantley, a game the Patriots lost 20-14.

Linden was in great shape after scoring a touchdown with 7.5 seconds left before half time put the home team up 14-6. 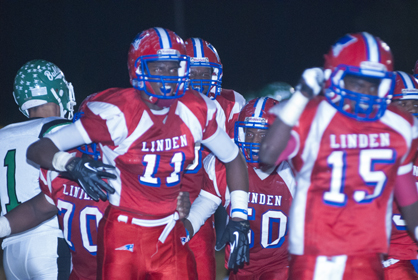 Kynard Craig reacts after scoring a touchdown with 7.5 seconds left before halftime.

But the Patriots were unable to convert a fourth down conversion in the fourth quarter, coming up just inches short when the chains were brought over to measure. The Bulldogs drove down the field on the ensuing possession and converted a fourth and goal from the 3-yard line to get the go-ahead score.

The game was a defensive struggle from the beginning, something out of the ordinary for teams used to putting big numbers on the scoreboard. Brantley came into the game averaging 52 points a game, and Linden wasn’t far behind at 45.

The Bulldogs got the ball to start the game but were picked off by junior Kynard Craig.

After that, the teams traded punts, and the Patriots missed a mid-range field goal. Virtually all of the first quarter was played on the Brantley side of the 50-yard line. 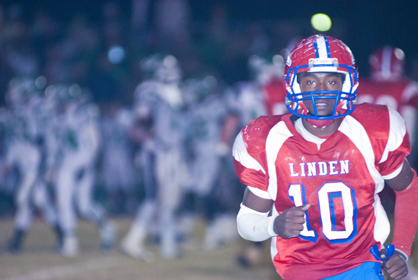 Quarterback Anthony Robinson Jr. looks to the sideline for the call.

The Bulldogs weren’t able to do anything after the missed field goal and punted back to the Patriots.

Linden capitalized on the possession, put together its first drive of the night and scored off a 1-yard run by Anthony Robinson Jr.

It didn’t take Brantley long to respond though. On the next play, O.J. Guice took the kickoff back 78 yards for the score. A missed PAT left things at 7-6 Linden.

The Patriots answered with their longest drive of the night, behind passes from Robinson to Jamal Lewis. The quarterback would connect with Craig from 6 yards out to put Linden up 14-6 with 7.5 seconds left before the break.

Brantley responded in the third quarter and scored off a 2-yard run from Andrew Parker. A successful two-point conversion tied the game at 14-14. 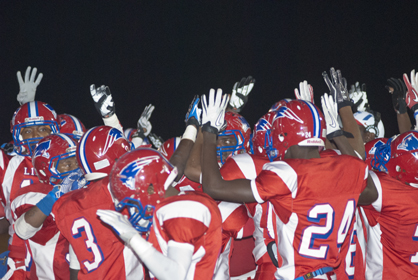 Linden players prepare for the fourth quarter. The score was tied 14-14 at the time.

From there, a stalemate continued into the fourth quarter when Linden failed to convert the fourth down just past midfield. Brantley would move the ball on the ground, but went to the air to score off a 3-yard grab from Andrew Lowery to Terreance Bogan.

Linden tried to mount a comeback and moved the ball but, with no timeouts, ran out of seconds before finding the end zone.

The Patriots end the season at 11-2, with their only other loss being to Southern Choctaw. Brantley moves ahead to play McIntosh next week.