What started out as “an idea worth looking into” something more than five years ago after a meeting between Tony Speegle, Johnny Brooker and Tom Boggs has now turned into an annual event much anticipated by the entire county.

The second Monday evening in February 2013 will mark the Fifth Annual Induction Dinner for the Marengo County Sports Hall of Fame.

The Hall has honored 21 previous inductees who have brought honor and fame to the county through their endeavors in athletic events from football, baseball, softball, boxing and wrestling.

The class of 2013 will again feature football, but will include basketball and tennis, and will also honor the second woman inductee.

The 2013 Class, in alphabetical order, begins with the second woman to be inducted into the Hall of Fame, HOLLY HILL BECKHAM. She was the first woman to receive a college scholarship to play for a Division I school from Marengo County. She was the Alabama High School State Single’s Tennis Champion in l984, 1985 and 1986, and earned the State Doubles Tennis Championship two years. She was the winner of nine state tennis titles in high school and junior tennis, with the high school state tennis record of 46 wins and only one loss in the ninth-grade. She was chosen as the Tennis Player of the Year by the Tuscaloosa News for two years, and ranked in the top 16 in the South and top 100 in the United States. 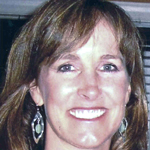 In addition to tennis, Holly was a member of the track, softball and volleyball teams and was an All-Star Conference Basketball Player for four years while attending Demopolis High School. In addition, she found time to serve as lead majorette for the Tiger Marching Band.

Holly, her husband, Tom, and their two sons stay very busy in Charlotte, N.C. with youth sports, coaching and fundraising.