Five football players from Marengo County signed letters of intent on Wednesday to commit to play football in college.

Shelton, a running back, passed over Miles, Huntingdon and Faulkner in favor of Stillman.

From A.L. Johnson, quarterback and safety Demarcus Woods signed his letter of intent with Faulkner University. 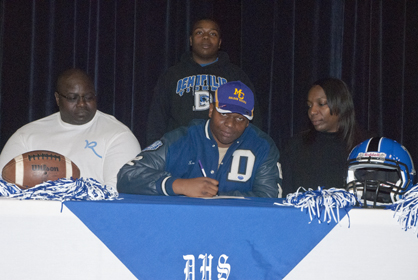 Kessy Bell signs his letter of intent to play at Miles College. He is shown with his parents, Terry and Shirley Spencer, and his brother, Kesean Bell. 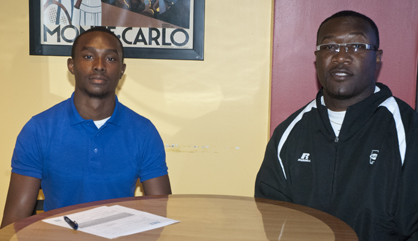 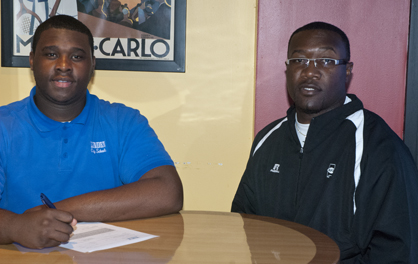 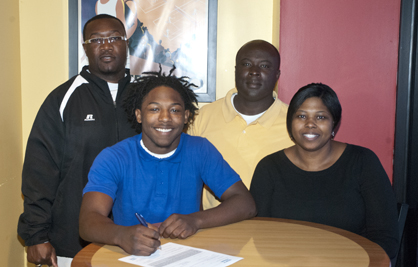 Linden’s Marquise Shelton signs his letter of intent to play football for Stillman College. He is shown with his parents, Robert and Jacqueline Alston, and Linden head coach Andro Williams. 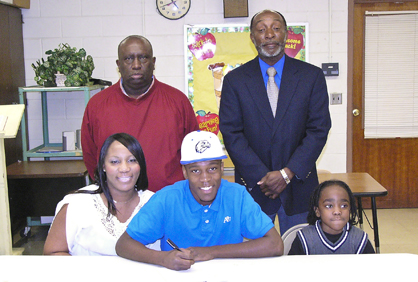