Lady Longhorns one win away from title 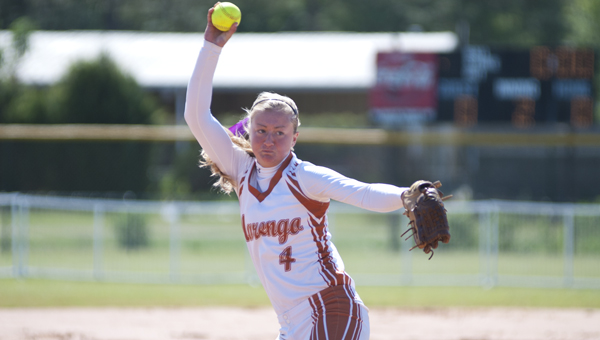 Andrea Edmonds pitched for Marengo Academy in their 8-5 win over Lakeside on Saturday in Montgomery.

With an 8-5 win over Lakeside, the Marengo Academy Lady Longhorns are one win away from their fourth straight state championship.

The two teams held each other scoreless through two innings, but in the top of the third, Marengo Academy was able to get on the board.

The Lady Longhorns were able to load the bases after singles from Alexia Johnson and Taylor Barley and a walk to Anna Michael Crocker. Reesa Holifield was next to the plate, and she took advantage of the situation. 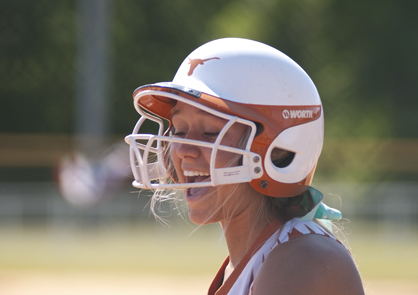 Reesa Holifield hit a grand slam to give the Lady Longhorns a 4-0 lead int he third inning of their game against Lakeside on Saturday.

Holifield got a pitch she liked and knocked it over the fence for a grand slam to give her team a 4-0 lead heading into the bottom of the third inning.

Marengo added four more in the fourth on RBIs from Johnson, Chandler Stenz, and Crocker. A passed ball scored Barley. The Lady Longhorns took an 8-0 lead into the bottom of the fourth.

Lakeside was able to get one run back in the bottom half of the fourth on an RBI single by Lindsay Husey that scored Chelsea Jones.

Andrea Edmonds shut down the Lakeside offense in the fifth, but in the sixth, Jones led off the inning with a solo home run to make the score 8-2. The Lady Longhorns held this score going into the final inning.

In the bottom of the seventh with two runners on base, Lakeside’s Jones came back to the plate. She drove another pitch over the outfield wall for her second home run of the game, bringing her team within three at 8-5. The Lady Chiefs could not muster any more offense, and Marengo Academy came away with the win.

“(Jones) is a really good hitter, but we wouldn’t have gone after her in the seventh if it wasn’t for our big lead,” head coach Danny Stenz said. “We hit the ball really well this game and made good plays.”

Marengo Academy will play the winner of the game between Lakeside and Edgewood around 7 p.m. tonight.

“We just have to relax and come back and focus,” Stenz said. “I think we’re pretty focused now, so we just have to keep it going.”