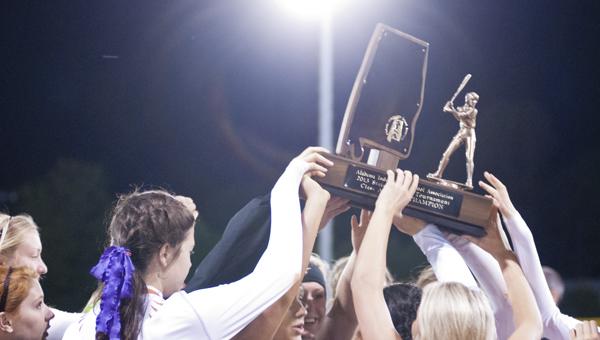 Led by Andrea Edmonds on the mound and the entire team at the plate, the Lady Longhorns defeated the Lakeside Lady Chiefs 8-2 in the championship game Saturday night.

Edmonds struck out 10 batters in the game to help her team win the title.

“It’s really all about my defense,” Edmonds said. “If it wasn’t for them, it would be tough. They do so much for me out there.”

Marengo Academy struck first in the game after Chandler Stenz singled and stole second. Anna Michael Crocker bunted her over, and Stenz was able to score on a passed ball to give the Lady Longhorns a 1-0 lead after one. 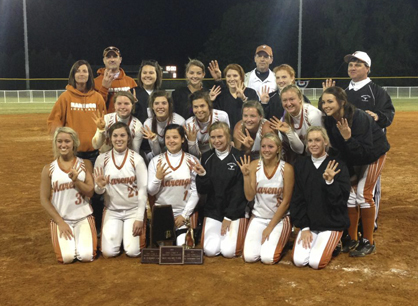 In the second inning, Conner Etheridge was hit by a pitch, then Edmonds helped herself by hitting a home run. Marengo Academy led 3-0 going into the third.

“That felt really good,” Edmonds said. “I had been struggling at the plate the whole tournament.”

Lakeside was able to pull within one in the third after Shelby Wood doubled and brought in Kasey Grant and Chelsea Jones.

Marengo Academy added one more in the fourth on an RBI groundout by Katie Tucker that scored Stenz. The Lady Longhorns led 4-2 after three.

A two-RBI double by Stenz in the fourth scored Etheridge and Taylor Barley to give MA a 6-2 lead after the fourth inning.

Edmonds struck out three and only gave up one hit in the top of the fifth, and Etheridge brought in Reesa Holifield on an RBI single in the bottom half of the inning to stretch the lead to 7-2.

Stenz doubled in the sixth to bring in Barley for Marengo’s final run of the game to make the score 8-2.

In the seventh, Edmonds stuck out the side to end the game and give the Lady Longhorns their fourth straight state title.

“This team is so experienced and they play so hard, they’re just really tough to beat,” head coach Danny Stenz said. “They come here with a goal in mind and on a mission every year, and they keep getting the job done.”

This was the final game for six Marengo Academy players. The seniors on the team were Tucker, Barley, Holifield, Carole Anne Gunter, Alexia Johnson and Marti Breckenridge. 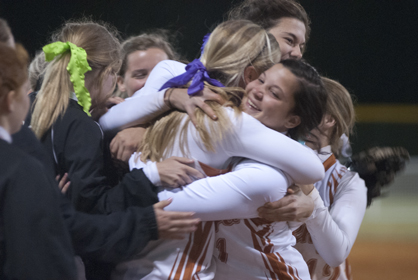 “They mean so much to this team,” Stenz said. “I’ve coached them since they were 9 or 10 years old. They are all so competitive.”

Stenz added that his team just has a desire to win every game, and they play their hearts out every time they take the field.