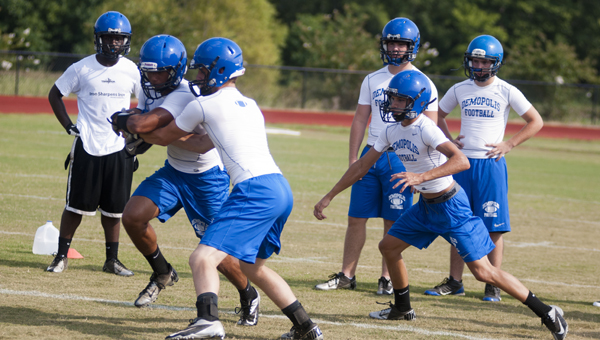 With each passing day, football season continues to get closer.

Monday marked the first day of fall practice for teams across the state, and teams have three weeks of practice until the season is officially under way. Some teams are running two-a-days to work on conditioning and to avoid the hottest parts of the days.

Many teams have been on the field and around the weight room all summer with seven-on-seven camps and voluntary workouts, but Monday was the first day teams could run full practice.

Alabama High School Athletic Association rules say teams can’t wear shoulder pads until the third day of practice, to give the players time to get acclimated to the game, and the heat.

All seven Marengo County schools will kick off their seasons on Thursday, Aug. 29, or Friday, Aug. 30.