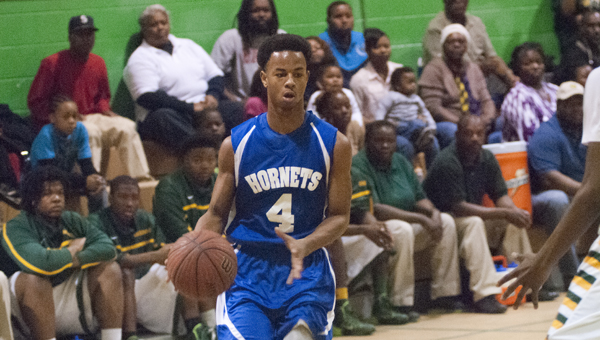 The Sunshine Tigers withstood a furious second half run by the John Essex Hornets and eventually pulled away for an 87-67 win to claim the Class 1A, Area 4 championship Monday night.

The Tigers used their speed and athleticism to build up their lead in the first half and to take a 15-point advantage into the locker room.

To open the fourth quarter, two quick buckets made it a one-possession game at 67-64. After that, though, the Hornets ran out of gas.

“We really just ran out of gas in the fourth quarter,” head coach Walter Lewis said. “We’ve got a small bench, and it showed late in the game.” 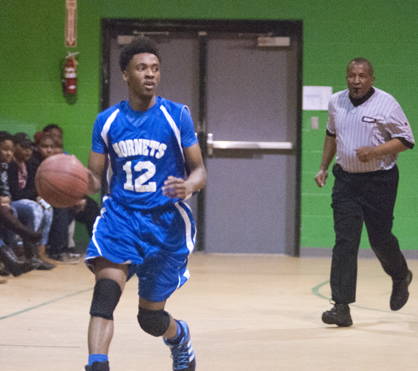 Michael Moore brings the ball up the court for the Hornets against Sunshine.

Lewis said his players were prepared to come out of halftime and make a run.

“The guys were prepared to come back after halftime and get back into the game,” he said. “Our guys really wanted this one. We played a great game.”

Timothy Jones, despite fouling out of the game early in the fourth quarter, led the way for the Hornets with 21 points. Michael Moore had 16 points and Anthony McIntosh had 11 points.

Three players from Sunshine scored more than 20 points in the game. Walter Jones had 30 points, Keonta Edwards had 22 points and Cletrell Pope had 21 points.

The Hornets will be on the road Friday night to face either Fruitdale or St. Luke’s.