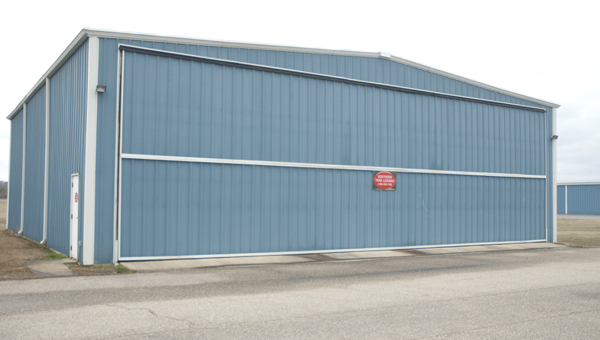 A 60×80 hangar formerly leased by Southern Tank is now available for lease at Demopolis Municipal Airport.

A corporate hangar is currently available for lease at Demopolis Municipal Airport.

Southern Tank previously leased the hangar, but they no longer have an airplane, so the city of Demopolis agreed to terminated the lease, leaving the 60×80 hangar open.

“We were leasing it out to Southern Tank, and Boyd Duckett, who owned it, no longer lives here, and they don’t have a plane anymore,” said Jason Pendergrass, director of the airport. “The city voted to terminate the lease and we’re looking to find someone to lease it again.”

Pendergrass said the space was built to be a corporate hangar, and the market to find someone to lease it is a narrow one.

“It’s an asset for us to draw someone in who has a plane,” he said. “We’re looking for anyone who could use a plane for their business.”

He added the lease price would depend on the type of airplane being used and the planned utilization for the hangar.

In addition to the hangar being open, airport officials are working on a couple of other projects as well.

They are currently in the process of clearing out trees on both ends of the runway because they were getting up into the approach.

“The tree line has grown up really close to the approach, and we’re getting those trees cut back,” Pendergrass said. “We want to get it to where all of that is manageable enough to where we can get a bush hog in there to maintain it.”

Once that project is done, they will be putting in a security fence around the airport.

“Sometimes when people put the airport into their GPS, it sends them back by the port, and people will drive their cars across the runway to get to us,” Pendergrass said. “Putting the fence up will prevent that.”

He added that a project down the road for the airport will be to pave and widen the taxiway leading to the runway.