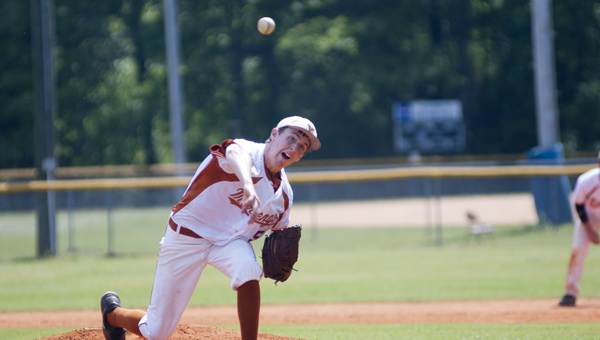 The Marengo Academy Longhorns gave up four runs in the bottom of the seventh to drop the second game of a three-game series against Cornerstone Christian in the second round of the AISA Class A playoffs.

The Longhorns won the first game of the Thursday double header 3-0 and dropped game two 5-4.

For the Chargers, Kenny Humphrey, Heath Garrett, Tim Warren and Cole Ray crossed the plate in the bottom of the seventh inning on RBIs by Ray, Austin Andrews, Wesley Brown and Jeffery Odgers. Humphrey earned the win for Cornerstone while Wyatt Hale was charged with the loss for Marengo.

“Cornerstone did a good job tonight,” Marengo head coach Eddie Edwards said. “You’ve got to tip your hat to them. They’re a scrappy team and they got it done. We didn’t hit when we needed to and we just didn’t come through in this one.”

In the bottom of the second, Cornerstone brought the score to 2-1 on a RBI single by Brown that scored Ray. 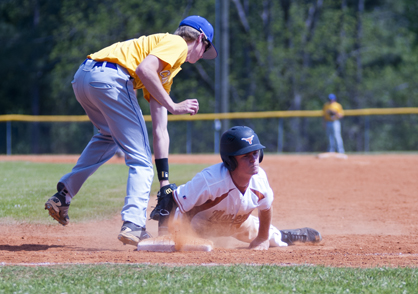 Wyatt Hale slides back into first base after a pick-off attempt from Cornerstone.

The Longhorns held their 4-1 lead until the seventh inning.

In the first game of the day, Friday dominated on the mound for Marengo. He pitched seven innings, allowing only one hit, two walks and one hit batter. He struck out four batters. He sat down 21 of the final 23 batters he faced in the game. 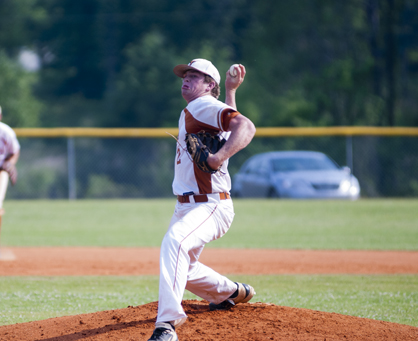 Hall drove in Barkley in the third inning to give Marengo a 1-0 lead, then a two-run home run to center field by Brant Lewis extended the lead to 3-0. Friday also scored on the Lewis home run.

Ian Briggs pitched six innings for the Chargers and threw six innings. He allowed four hits, a walk, three runs and he struck out two batters.

“Kyle [Friday] is a competitor,” Edwards said. “Nobody outworks him. He started sluggish but he found his groove.”

The deciding game in the series will be Friday at 2 p.m. at Scott Park in Linden.