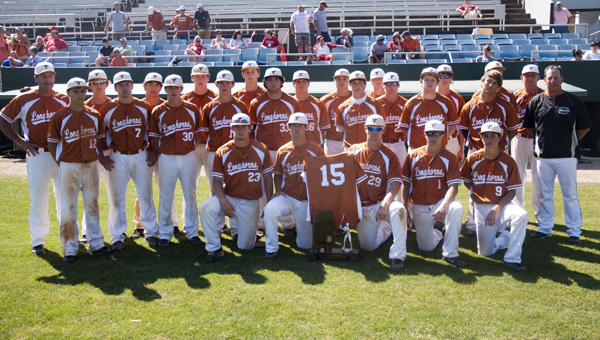 Marengo Academy (23-10-2) lost to Edgewood Academy in the AISA Class A State Championship Series with an 18-8 game two loss.

Longhorns pitchers struggled to find the strike zone, and offensively, they left 11 runners on base in the game. For the series, the Longhorns stranded 18 batters on the bases. MA pitchers walked 15 batters and hit three in the second game to contribute to the loss.

“You can’t leave runners on like that against a team like Edgewood,” Marengo Academy head coach Eddie Edwards said. “We left a lot on second and third, and you just can’t do that.”

Edgewood opened the scoring in the second game with a three-run second inning. Hunter Elliott scored on an error by Hayden Hall for the first game. A RBI single by Jackson Tate brought in Jolan Stieringer, and a RBI single by David Cayton brought in Tate for a 3-0 lead.

In the bottom of the second, Marengo went through three Wildcat pitchers on their way to a seven run inning. A RBI single by Wallace Tutt brought in Tait Sanford, and a two-RBI double by Carson Huckabee brought in and Andrew Martin, who was running for Josh Holifield. and Tutt to even the game at 3-3. Later in the inning, a three-RBI double by Brant Lewis brought in Carson Huckabee, Hayden Huckabee and Kyle Friday. The final run of the inning for Marengo came on a bases loaded walk to Tutt that scored Lewis. 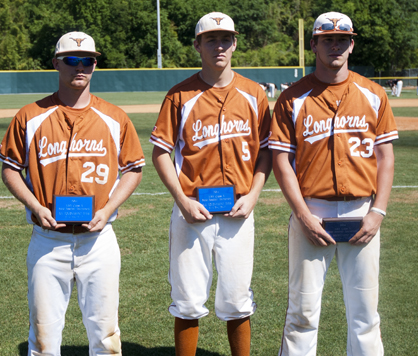 Brant Lewis, Kyle Friday and Carson Huckabee were named to the AISA Class A All-Tournament Team.

In the top of the third, Edgewood responded with a seven run inning of their own to take the lead back. Keith Johnson, W.B. Hill, Hunter Glenn, Stieringer, Tate, Taylor Hawthorne and Heath Young crossed the plate for Edgewood in the inning.

The Wildcats added four more runs in the fifth to stretch their lead to 12-7.

Marengo scored their final run of the game in the bottom of the fifth on a RBI single by Friday that brought in Carson Huckabee.

Edgewood went on to score six more runs in the game for an 18-8 win.

For Marengo, Micah Agee was credited with the loss. He pitched one-third of an inning and gave up two hits, two walks and three runs.

The winning pitcher for Edgewood was Tate. He pitched 2.2 innings and gave up three hits, one run and two walks.

“In the first game, we hung with them and I felt like we could win it,” Edwards said. “When it counted, we didn’t get it done. We needed a baseball score in the second game, not a football score.”

Edwards added that this years’ team is young and that there is a good core of players coming back next year.