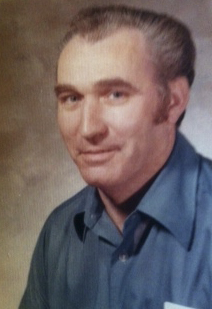 He was born March 24, 1932, in Talladega to Leander and Elma Williamson. He was an MP for the U.S. Army in the Korean War. After his service, he worked in the textile industry in various cities in Alabama, Tennessee, Kentucky and Florida for 42 years, including the cities of Linden, Tuscaloosa and Frisco City.

During his working years, he also owned and operated various sewing factories and fabric stores in Frisco City, Greensboro, Demopolis, York and Montgomery. He was a devoted husband, as well as a devoted father, grandfather, great-grandfather and son.

He was preceded in death by his father, Leander; his brothers, Jack, Byron Gene, Don and Mike Williamson; his son, Johnny Byron; and his grandson, Michael Lawless.

In order to hopefully prevent others from suffering the effects of Parkinson’s, his remains were donated to Parkinson’s research.

In lieu of flowers, the family would appreciate donations to the Parkinson’s research center of your choice. A memorial will be held Sunday, Sept. 14 at 3 pm at Masonic Lodge No. 49 in Demopolis.