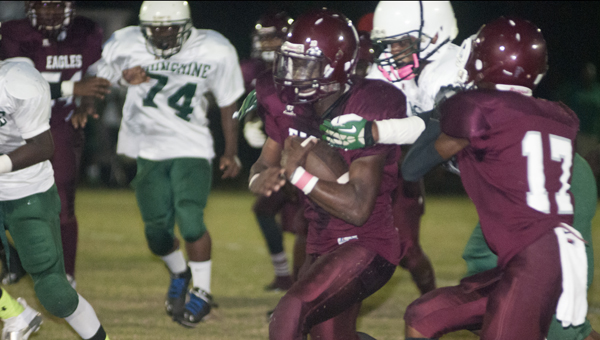 The Eagles pulled away with catches from Charles Edwards, one on offense and an interception.

The outcome didn’t look so clear in the first half. Costly turnovers, including the Eagles first snap from scrimmage, gave the Tigers a 16-14 halftime lead.

“We just made a lot of mistakes early and shot ourselves in the foot,” said ALJ head coach Johnney Ford.

It could have been worse. The Eagles scored as time expired off a 15-yard pass from Zynell McGhee to Greg Baker to tighten the score.

The score was Baker’s second of the night — he also scored earlier in the second quarter from nine yards out.

“It was real big in getting our guys up and coming out at halftime,” Ford said. “They showed a lot of character and class.”

The Eagles head to in county rival Marengo for a Thursday night game next week.