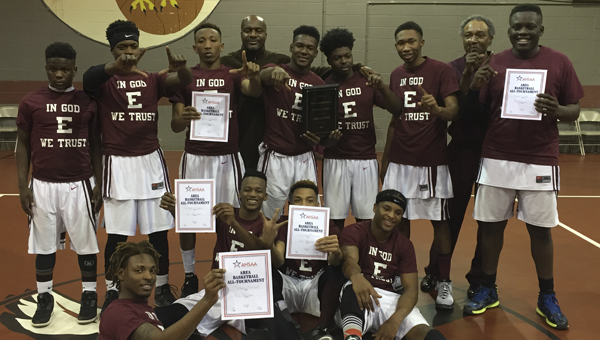 The A.L. Johnson Eagles claimed the Class 1A, Area 4 title Friday night with a 68-65 win over Linden.

To earn their third win of the season over the Patriots, the Eagles had to overcome a 38-26 halftime deficit.

Linden jumped out to a big halftime lead and looked to be in control of the game as the teams headed into the locker rooms.

“We were playing up-tight when the game started,” ALJ head coach Johnney Ford said. “Our kids have never played in a big game like this. At halftime, I told them to do what we needed to do. We started slow, but we settled down and played our game.”

Linden scored the first basket of the third quarter, but A.L. Johnson went on a 15-0 run to take a 41-40 lead with 4:07 to play in the third. The Patriots were never able to recover from the run, and the Eagles held their lead throughout the fourth quarter. 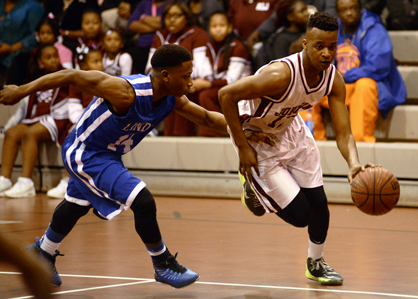 Gregory Baker makes a cut to the basket against Linden in A.L. Johnson’s win Friday night. Baker finished the game with 8 points.

After outscoring Linden 21-6 in the third to take a 47-44 lead into the fourth, the teams matched each other in the fourth, scoring 21 points each for the 68-65 ALJ win.

“We picked up our intensity in the second half on defense and started playing more aggressive offense,” Ford said. “It’s been 16 years since there was an area championship here. I’m happy for our seniors who put in the work over the season and fought through adversity.”

Jeremy Mitchell was the leading scorer for ALJ with 18 points, followed by Charles Edwards with 17 and Tywon Scott with 13.

Linden had just one player in double figures – Dequan Charleston with 22 points. Isaiah Scott and Tywan Smith each had 8 points for the Patriots.

“They just wanted it more than we did,” said Linden head coach Royce McKinney. 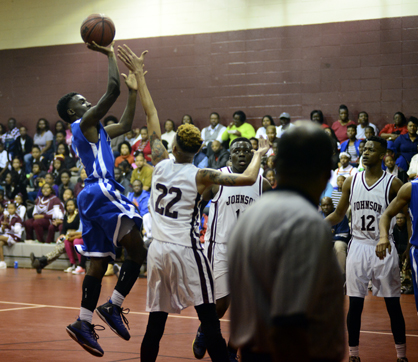 Linden will travel to Georgiana on Tuesday for their sub-regional matchup.