A.L. Johnson head basketball coach Johnney Ford has been named the Class 1A Boys Coach of the Year. 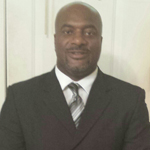 Ford coached the Eagles to the Class 1A final four in Birmingham, giving the program its first ever final four appearance in just his first year as a basketball coach.

“It means a whole lot to me,” Ford said. “That’s quite an accomplishment being that it’s one of the highest awards you can receive as a coach. It feels good to achieve this in my first year as a head coach. It’s a testament to what hard work, determination and putting God first will do for you.”

Ford said that when he arrived at A.L. Johnson, he asked his players, “Why not ALJ?”

“Other schools in Marengo County have seen success in athletics, and I challenged them to work on their attitude and discipline. I knew we had the talent. We just had to get the pieces to fall into place and get the players to believe in the system I was putting in place.”

Ford added that the success of the boys basketball program this season has inspired the school as a whole.

“This was a remarkable year for our school and our community,” he said. “What happened this year transformed the school as a whole. Very few people gave us a chance, but we got the players and students to believe they can compete with other schools.”

Ford said he felt the point in the season that the team really got rolling as the first matchup against the Linden Patriots.

“Our seniors hadn’t beaten Linden in anything in a long time, and once we did that, we started believing in ourselves and what we were doing,” he said. “That sparked a sense of energy in the players and a belief in themselves.”

As a result of the Eagles’ playoff run, Ford said younger students in the school have expressed interest in raising the bar.

“I’ve had sixth- and seventh-graders say to me that they want to go win state when they get into high school,” he said. “The whole school is looking at this team and saying ‘We can do that, too.'”