Celebrity chef to appear in Demopolis 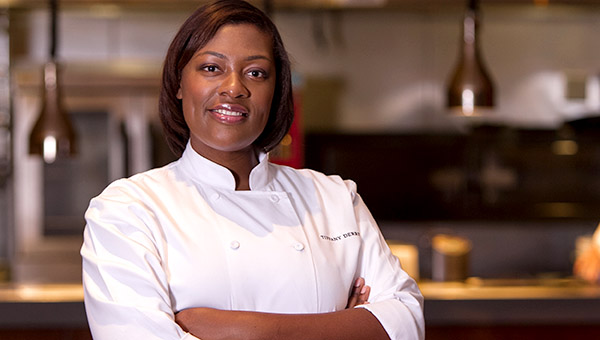 Celebrity chef Tiffany Derry will be providing tips on healthy cooking Friday at the Demopolis Civic Center from 10 a.m. to 2 p.m. The public is invited to attend this free event.

The holidays can be a time where there may be an abundance of over eating.
While old recipes can be tried and true, they can also be unhealthy and bad for a person in the long run.
To help make that issues less of a problem, reality TV Chef Tiffany Derry will make here way to the Demopolis Civic Center on December 11 for a cooking demonstration and educational session from 10 a.m. to 12 p.m. in a free to attend event.
The event sponsored by Novo Nordisk and the Diabetes Education Program will serve is a chance to teach residents of the area the dangers of diabetes, staying healthy and Derry will show residents how to cook full-flavor but healthy meals. It is free to all who attend.
Derry, a Novo Nordisk Diabetes Educator, is best known from her appearances on Bravo TV’s “Top Chef” and has appeared regularly on Spike TV’s “Hungry Investigators” and “Bar Rescue.”
“It’s about promoting health,” said Dr. Ronnie Chu who has been over the effort to get Perry and this healthy living program to Demopolis.
The Chu Clinic is partnering with Novo Nordisk to attempt to continue the healthy living and eating program after the event.
To do that, Chu has reached out to other clinics in hopes that they will send their patients to the event and has reached out to every school system in hopes that they will send representatives to incorporate ideas from Derry’s cooking and health tips into the lunch menus.
Healthy living menus and recipe books will be available to take home.
West Alabama has some of the highest obesity rates in the nation. The Marengo County obesity rate was 37 percent in 2009 according to an Associated Press report. Greene County led the area at 43.5 followed by Perry County, 40.2; Sumter County, 40 and Hale County at 38.6.
The current adult obesity rate in the entire state is 33.5.
While the high school obesity rate in the state is hovering around 17 percent. The goal of this type of program is have that number be lower and make sure all of the area residents are healthy.