Tigers heading to Regionals with win over Beauregard 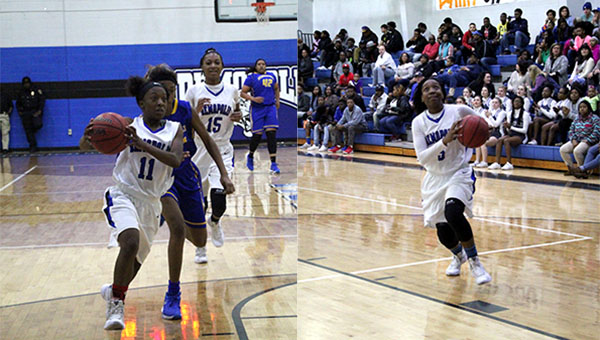 Erica Bennett and Courtney Hill combined for 15 of 16 made three-pointers for Demopolis.

There is a wonderful working roof in the Demopolis High School gymnasium, but the Lady Tigers saw fit to make it rain to the tune of 16 three-pointers in an 84-48 victory over Beauregard on Feb. 16 to advance to the Central Regional Tournament in Montgomery on the campus of Alabama State University.

Pittman was complimentary of White’s work at the point guard position as she has grown in the role throughout the season.

“She’s a very smart player. She knows where the ball is supposed to be. She loves to feed the hot shooter and we saw that tonight,” said Pittman. “Courtney got in a rhythm. Erica got in a rhythm. She was looking for them. She took control. I’ve preached and preached and preached that we’re going to go as our point guard goes. Tonight, she played well and we played well as a team.”

Demopolis opened the game with a 13-3 run capped by a White steal that signaled a Beauregard timeout with 4:30 remaining, but it didn’t help much as the Lady Tigers outscored the visitors 27-11 on the back of seven fields goals from behind the arc in the opening quarter.

Things did improve much for Beauregard in the second quarter, but foul trouble from Ivery Moore allowed Chasity Pope to get some offensive momentum going.
However, Demopolis still held a 44-23 half time lead.
The Lady Tigers went on to outscore Beauregard 40-25 the rest of the way to collect the 84-48 victory.

Hill finished with 29 points and 11 steals and Bennett scored 24 points and added five steals and eight assists. Moore added 12 points and White contributed 11 points with her record number of assists.

Next up for the Lady Tigers is a matchup against Central-Tuscaloosa. Demopolis is just two games away from a trip to Birmingham and will need to continue playing to their strengths to advance.

Central-Tuscaloosa finished the regular season 19-4 and 5-1 against 5A Area 7 competition and advanced to this game after a 45-33 victory over Sylacauga. 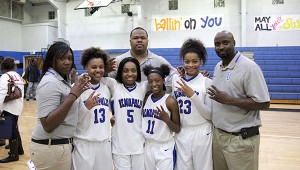