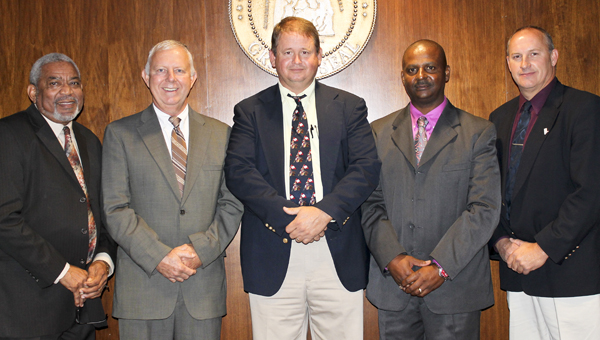 Questions on how to reopen Chickasaw State Park were at the forefront of issues discussed at the Marengo County Commission meeting on March 8 in Linden.

Charles Osburn appeared during the meeting to appeal to the commission the need for reopening the state park, because it still has multiple uses such as family reunions, church functions, morning walking exercise and camping. The park has three RV sites, five to seven tent campsites, three big pavilions and one small pavilion and a public restroom according to Osburn.

Osburn mentioned that a lot of people use the park and have asked when the park will open again.

Commission Chairman Dan England mentioned that the park is still a state park and the commission has yet to vote on the process of bringing it under county possession. England also noted that the park has recently had about $20,000 worth of work done to it for upgrades to varies facilities.

District 1 Commissioner Freddie Armstead noted that Chickasaw Park doesn’t actually belong to the state but rather it belongs to the state board of education and has been working with a contact on the county just working on getting the park itself.

In departmental reports, the commission approved the pavement of 10.8 miles of County Road 24 as requested in a resolution by Ken Atkins and they also approved a Hazard Mitigation Grant Resolution worth $25,000 from FEMA.

During new business, the commission approved Ken Atkins contract to continue as county engineer for three years.
Also approved were a grand jury report and a tobacco tax and EMA CD to be hosted at Sweet Water Bank and a Summer Feeding Program to be directed by Janice Biggs.

Bryan W. Whitfield Memorial Hospital had a request approved for $27,500 for help fund an outside independent evaluation.