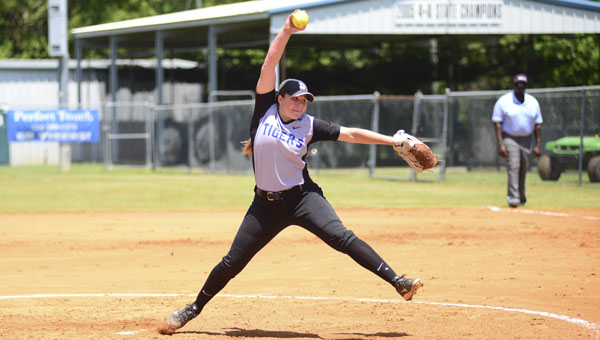 Helena scored two runs in the top of the fourth and then other in the seventh to provide just enough room as the Demopolis High School softball lost 3-1 on May 12 to end their 5A South Central Regional tournament run and the season just one win shy of qualifying for the state tournament.

The Lady Tigers (25-14) started the two-day tournament at the Troy Sportsplex with a thrilling 9-8 win over Jemison that saw Natalie Tatum knock in two runs in the bottom of the seventh inning in a back and forth contest.

Later that evening, DHS fell 4-3 to Marbury in another close battle.

In the third game of the day, the Lady Tigers staved off elimination scoring seven of eight runs in the middle innings in an 8-3 victory over Brewbaker Tech.

The following day, Demopolis defeated Shelby County in the morning game 4-3 before dropping the winner take all game to Helena.

Abbey Latham turned in an impressive performance at the plate going 8 for 15 with 7 RBI, five stolen bases and two homeruns during the tournament.
Tatum (15-11) started in three games and appeared in all five amassing 15 strikeouts in 26.2 innings of work.