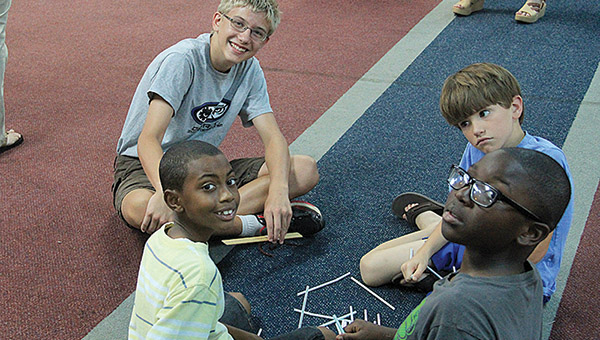 A variety of summer education camps will be available this summer through the 21st Century Summer Enrichment program.

Educational opportunities will continue through the the summer months for the students in the Demopolis City Schools System as Westside Elementary School, U.S. Jones Elementary School and Demopolis Middle School will host 21st Century Summer Enrichment Camps during the month of June. The last say to sign up for camps is May 26, the last day of the school year.
All programs run Monday to Thursday from June 6 through July 1 and culminate with free lessons from the Missoula Theatre Group at the DHS Auditorium starting on June 27.
Auditions for Missoula start the morning of June 27 at 8 a.m. and parents will need to stay at auditions as some children will go home early that day.
Each school will host a themed camp that will change weekly leading to the week of the visit from the Missoula.
Lunch will be provided at each school and can be brought from home, but children will need to bring a snack and juice each day.
Kindergarten to second graders can attend the Westside 21st Century Summer Enrichment Camps, which begins with the Sidewalk Science camp hosted by Deborah Boykins from 8 a.m. to 1 p.m. lasting June 6 through June 9. The sidewalk science camp costs $40 to attend.
During the week of June 13 through June 16, Tammy Thrasher will be the instructor for the Archery and Badminton camp and it costs $30 to sign up.
Mary Ruthledge and Beth Fleming team up to host the art camp which lasts from June 20 through June 23 and concludes with an art show in the Bryan W. Whitfield Memorial Hospital lobby on June 23 starting at 5 p.m. The art camp costs $50 to attend.
All Westside camps will be held at the school.
For more information on the Westside camps, contact Elsie Collins at 334-216-8840.
All camps at U.S. Jones are $30 each, last from 8 a.m. to 1 p.m. and the first week starts with the AMSTI Science camp during the week of June 6 through June 9. The camp also features a trip to the U.S. Space and Rocket Center in Huntsville on June 8.
June 13 through June 16 is Robotics week at the U.S. Jones Summer Camp and features a trip to a science museum to end the week on June 16.
The third week features an Art and Technology camp and concludes with an Amtrak train ride on June 23.
For more formation on the 21st Century U.S. Jones Summer Camp, contact Director Stephanie Pittman at 289-0426. Or Gina Johnson at 289-1670.
The Demopolis Middle School Summer Camps will be free to attend each week, lasting from 8 a.m. to 1 pm., and starts with the Broadcasting camp hosted by Meggin Mayben from June 6 to June 9.
The second camp (June 23 through June 26) is a robotics camp with Ashley Brock as the instructor for the week. This camp includes a trip to Mercedes Benz and is limited to 20 students.
Connie Brown is the instructor for the photography camp lasting from June 20-21 includes a Downtown Demopolis Walking Tour. The third week concludes with a Gaineswood Tour and Art show with Dana Hill on June 22. Parents are invited to attend this camp.
For more questions on the DMS camps, contact Connie Brown at 334-341-7392.
The fourth week for all three schools includes the free lessons from the Missoula Theatre Group who will prepare the students for a performance on July 1 at the DHS auditorium. Admission will be charged to attend the performance.
All camps are partially funded through The 21st Century Community Learning Centers of Alabama.
The 21st Century Community Learning Program Center is a U.S. Department of Education program, administered through the states, providing grants to schools, community and faith-based organizations, and youth development agencies, to provide high quality, expanded learning opportunities outside of regular school hours for children in a safe and secure educational environment.