Lady Tigers return to form with win in Linden 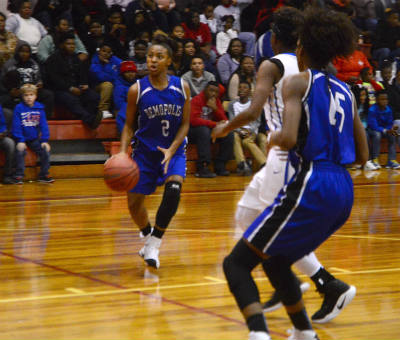 Looking for their first win of the season, The Demopolis High School Lady Tigers faced an uphill battle against last year’s Class 1A finalist Linden Lady Patriots, who return most of the talent from that championship game appearance.

“I challenged them to show some grit and they delivered,” said DHS Lady Tigers Head coach Tony Pittman. “We have a team full of freshmen and it can be difficult to get them to see why we do things the way they do. But once they do see, it gives them a chance to learn and grow together.”

The Lady Patriots got out to a small lead finishing with 9-3 advantage at the end of the first.

It was more of the same for the second quarter as defense prevailed, but the Lady Tigers were able to pull even 13-13 heading to half.

The Lady Tigers dropped their first two games on the road with a 61-25 loss to Greensboro and a 39-34 defeat in Selma.