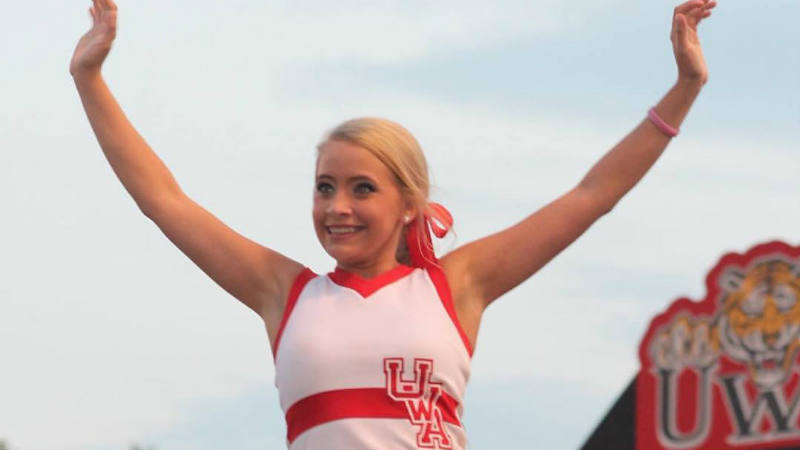 Author’s note: Opinion piece was set to originally be featured in the Wednesday, March 22, 2017, edition of the Demopolis Times.

Often times it’s hard to write through the rawness of sad emotion or put into words how a person feels through tragedy. However, there is a certain realness to doing just what I’m doing right now.

This is published on March 22, but it was written March 17 just hours after the death of University of West Alabama student Libby Hankins.

One thing I won’t do is call her a “former” student, because she is still alive in the hearts of people who have walked in those same buildings.

Also, I’m not going to pretend we were best friends. But we were family. UWA is family. Right now, I hurt because I feel like I just lost my little sister.

These next few days people will hurt because they lost a friend, a family member, a cheerleader, a sorority sister, a fellow student ambassador and orientation leader or a fellow education major.

The people who met her hurt because she brought joy to our hearts through her cheerfulness, spirit and never-quit positive attitude in spite of her life’s circumstances.

Some only know Libby through her story and journey through cystic fibrosis.

For those who don’t when the Gordo native was just 2-years-old, Libby was diagnosed with the disease that affects the lungs and digestive system.

Just for a second just think about that. This young lady was a cheerleader for high school and college, giving it her all well enough to become captain at UWA all the while battling for her life.

In 2015, she was diagnosed with a bacterial infection and as her body grew resistant to antibiotics Libby was put on the waiting list for a double lung transplant.

She received new lungs on April 17, 2016 at Duke Hospital in Durham, North Carolina.

After going through recovery at Duke, Libby came back to Alabama to live her life and finish her degree in special education.

However, in January after being told she was at zero percent risk for rejection, her body began to do just that and rejected the new lungs.

Then on March 17, 2017, after 23 years of fighting for health her body could fight no more and she passed away that afternoon.

Hours after her passing, the affect she made on the people she interacted with at UWA was more than evident. Anyone affiliated with the university couldn’t scroll too far down the Facebook timeline without seeing a post or picture dedicated to Libby and how she touched his or her life.

I did the same thing. Just remembering how she barely knew some “old” guy that came through Webb Hall and we joked and laughed like the oldest of friends.

I’ve said all of this to bring this to a key point. We have to love each other each day like it’s the last.

Sometimes we take for granted each interaction we have with a person for whatever reason as if to say, “Oh this won’t matter. I’ll never see this person again. It’ll never mean anything.”

To be bluntly obvious, if we knew our lives had an expiration date or a life expectancy we’d treat each day and each interaction with the respect it deserves.

I’m not going to preach to you. For our church goers, we know what the “Golden Rule” as “Do to others what you would want them to do to you,” but how quickly that goes by the wayside when something doesn’t go our way. The “Golden Rule” hastily escapes from a person the moment it’s time to use it.

One thing that was clear to me, Libby believed in the “Golden Rule.” She had to believe it. She touched too many lives with kindness and warmth to not have believed.

Libby is no longer physically with us. It hurts today. It’ll hurt for a while, especially for her closest family and friends. I implore you to find the “Lungs for Libby” group on Facebook to continue to encourage her family. Let them know we’re still here and we still care, because the fight to cure cystic fibrosis will continue on until the wretched disease is out of our lives forever.

As we band together to celebrate her life, keep her memory and legacy alive the best way we can with a smile, some laughter and kindness to each other.