Bontrager, a graduate of Auburn University, joins MCEDA after serving as deputy director of C3 of Northwest Alabama, which served the counties of Marion, Lamar and Fayette in an economic development alliance. 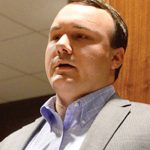 With Marengo and the other three counties being in the same workforce region, Bontrager said he has some experience working with businesses and people in the area.

District 1 Commissioner Freddie Armistead requested that Bontrager work with former director Brenda Tuck to get “spinoff” from businesses in the surrounding area, to which the new director said he would initially focus on continuing the momentum set forth by Tuck in developing economic opportunity in the county.

MCEDA Myrtlewood representative Kevin McKinney introduced the new director and highlighted the four-month process MCEDA went through to find a new leader. The MCEDA director position had been open since June 2016. All projects were being handled on contract by the University of West Alabama. UWA will continue to work with the group until June 2017.

The commission passed a resolution supporting the Workforce Innovation and Opportunity Act and sectioning off workforce development into regions. Alongside Marengo in the region is Bibb, Fayette, Hale, Pickens, Lamar, Sumter and Tuscaloosa counties.

Also approved was a tax abatement for Foster Farms for 10 years associated with a $2.98 million capital improvement project

The commission also approved a liquor license for Popes, LLC.

Phillip Milam, a truck driver, was hired in the road department.

Elrod Agee-Thomas was approved as the MCEDA District 4 representative and Johnny Jones as the District 4 Park and Recreation Board member.

The next commission meeting is set for April 11.