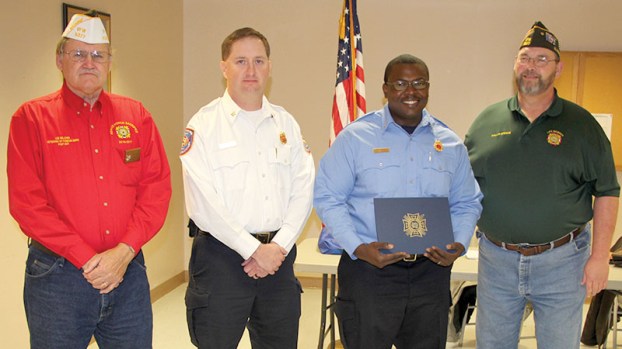 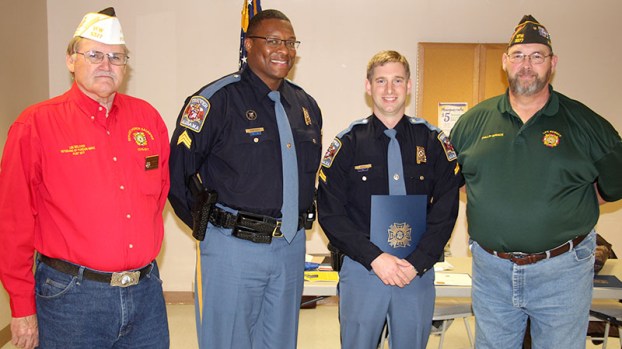 The Veterans of Foreign Wars Post 5377 held its annual awards ceremony recognizing first responders with the organization’s Firefighter, Law Enforcement, and EMT of the Year awards.

“This is our way of recognizing only a few of the many who serve us so bravely. It is a difficult task when you have so many who do so much,” Spence said.

The awards are presented to those first responders who perform duties in the VFW Post’s area, which includes Marengo, Hale and Sumter counties.

The post recognized Steven Smith with the Gold Medal EMT of the Year Award. Smith, whose paramedic career spans 23 years, serves as a paramedic team member with Air Evac in Demopolis.

“His whole mission is to serve and save lives,” stated a letter nominating Smith for the award. “He is devoted to those in need and is an impeccable leader who sets the example for us all to follow.”

Along with winning at the VFW’s local level, Smith has already won district and will now be considered for the VFW’s state EMT award.

The Emergency Service Gold Medal Award-Outstanding Firefighter of the Year went to Lt. Alex Morris of the Demopolis Fire Department. Morris, a Demopolis resident, is an eight-year veteran of the department.

The VFW’s J. Edgar Hoover Gold Medal Award recognizing a member of law enforcement was presented to Cpl. Kevin Bell of the Alabama State Troopers. A member of the Selma State Trooper Post, he is a resident of Gallion and his primary duties are in Marengo County.

“He has been exemplary in his work ethic and professionalism. He is self-driven, motivated and dedicated to the mission of reducing fatalities and injuries. He is a consistent top performer at the Selma post,” a nomination for Cpl. Bell stated.

Morris and Bell advance to the district level and could join Smith at the state level.