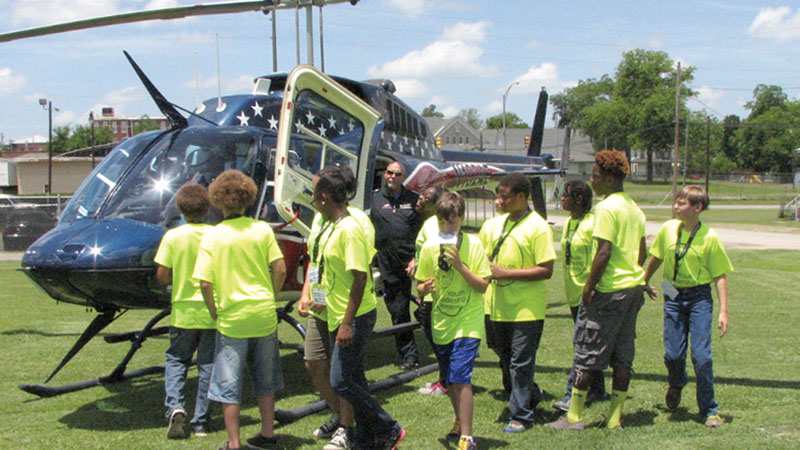 Students who participate in the Youth Leadership Academy will learn about the various aspects of the Demopolis Police Department and other emergency personnel such as the fire department and emergency rescue.

With the goal of improving the relationship between youth in the city and law enforcement, the Demopolis Police Department will hold its third Youth Leadership Academy (YLA) summer program in June.

Born as a spinoff from the Citizens’ Police Academy for the adults, DPD Chief Tommie Reese said the department wanted to do something for the youth of the city.

“In Demopolis, there’s not much for these kids to do in the summertime,” Reese said. “Although the program is only for a short period of time, we give the kids something to do and an opportunity to learn.”

Students who have entered the summer program have benefited from it, Reese said..

“Overall, those kids have turned out to be good people. It’s one way we have to reach out and do something for our kids,” he said. “We keep saying our kids are not doing anything, but what are we doing to help them to do something better.”

Not only will the students of the academy learn about the police department, but they will also be put through team-building exercises to learn better communication skills. Person-to-person interaction is one of those things Reese said children need in the technological age.

“Now it’s all texts. We don’t talk with each other,” Reese said.

The team-building exercises will also tackle trust, commitment and accountability, according to Reese.

The group will also go on field trips to the police academy to see what training is like, visit the court system and fishing.

“It basically gives them a good learning experience and, hopefully, something they can look back on as a great opportunity,” said the police chief.

There were about 26 students enrolled in the first session of YLA and Reese hopes the class will continue to grow.

“These kids are our future leaders. That’s the purpose of this whole thing,” said Reese.

The police chief also hopes the program improves relations between the department and community, especially the younger generations.

“There is a need to try to build a relationship with our kids, because the media, like on television, gives police departments and law enforcement a bad name. We want to let our kids know it’s not that way. We want them to see the police department in a different light,” Reese said.

(This article originally appeared in the Saturday, April 8, print edition of the Demopolis Times.)