A shooting Tuesday in the Half Acre community, near the Sweet Water area of Marengo County, has claimed the life of Chadwick Kornegay. 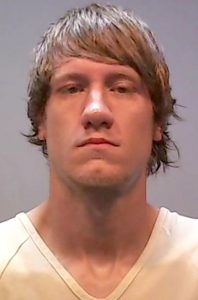 Myrtlewood resident Joseph Miles has been charged with the murder Chadwick
Kornegay, according to the Marengo County Sheriff’s Office.

Kornegay, 45, was allegedly shot in the chest and killed at his home by Myrtlewood resident Joseph Miles, 25. Miles has been charged with the murder.

According to Marengo County Sheriff Richard Bates, Kornegay was pronounced dead by medical personnel who arrived on the scene. Law enforcement received the initial call about the incident at approximately 6:30 p.m.

Bates said Miles fled the scene of the shooting leading officials to search for Miles at his home as well as locations in Choctaw and Clarke counties. He was the found the following day at his home in Myrtlewood and arrested. According to the sheriff’s office, Miles’ car was seen at his home during the previous night’s search, leading law enforcement to watch the property carefully and leading to the arrest.

Sheriff Bates said that Kornegay and Miles were “associates” and were seen together, as recently as a few weeks ago, at the Myrtlewood boat landing.