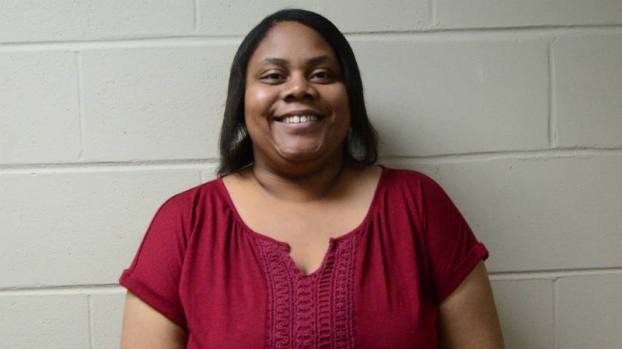 Andrea Burroughs joins the Demopolis Times staff as an intern for the summer.

Looking to get her feet wet in the newspaper industry, Andrea Burroughs, senior English major and Journalism minor at the University of West Alabama, joins the Demopolis Times staff as an intern throughout summer 2017.

“I was looking for an internship and my professor (Dr. Amy Jones) pointed me in the direction of the Demopolis Times,” said Burroughs. “I came out here and had a good conversation with Robert (Blankenship) and here we are today.”

“We are happy that Andrea has chosen the Demopolis Times for her summer internship. We hope to build upon those things she has already learned as a student at UWA and introduce her to new things that can only come with on-the-job experience,” said Robert Blankenship, publisher of the Demopolis Times.

Burroughs noted how her skills have developed in the world of journalism since starting work on her minor and has developed her passion for the industry. The spark in passion has made the UWA student want to learn more about working in newspaper.

“I’m really hoping to learn how a newspaper firm works and learn how to edit newspapers and put them together,” said Burroughs. “In my actual class, we didn’t actually do that because the newspaper was online. I never really learned how to actually put one together.”

Burroughs has experience with the UWA Muse, the campus newspaper for the UWA and wrote several articles while in the class.

The senior writer believes newspaper is something she could do long term.

“It seems pretty simple. You don’t have to work with too many different people depending on the size of (the newspaper staff),” said Burroughs. “It’s something I could do after college.”

A native of Thomasville, Burroughs hopes to graduate with her bachelor’s degree in December 2017, before earning her teaching certificate as a failsafe if journalism doesn’t pan out.

With the ultimate goal of becoming an editor, the journalism route is more suited for her long-term goals.

Burroughs has enjoyed the experience at the Times so far.

“It’s been good. I like the people that I work with,” said Burroughs. “I was nervous at first because this is an actual newspaper where people in the community would read what I write, but I’m getting used to it. Who knows, I might come back here after graduation. We’ll just have to see.”

June 5 was a very special day aboard the WEDGE as Derek Spivey was promoted to Master Chief Petty Officer in... read more