Teams converge at Sportsplex for 7U championship 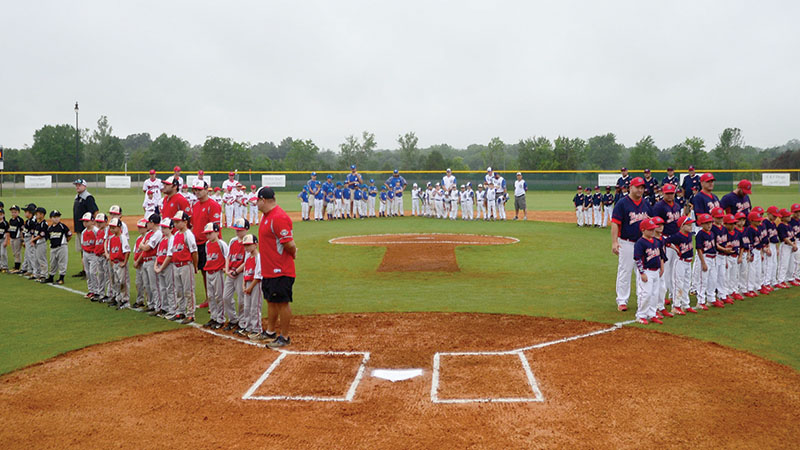 The eight teams of the 2017 Cal Ripken 7U Alabama State Tournament gathered on New Era Field at the Demopolis Sportsplex for the opening ceremony with introductions to the crowd that gathered for the event.

Teams from across Alabama flocked to the Demopolis Sportsplex for the 2017 Cal Ripken 7U Alabama State Tournament held June 30 through July 2.

Demopolis played host to teams from Westside A and B (Mobile), Athens, Spanish Fort, Phoenix City, Florence and Semmes for the eight-team tournament to determine a 7U champion. 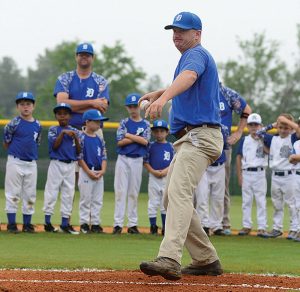 Mark Bedsole, president of the Demopolis Cal Ripken League, throws the first pitch during the opening ceremony of the 2017 Cal Ripken 7U Alabama State Tournament.

Mayor John Laney was among those on hand to witness the opening ceremony and stated events such as these are important for the community.

“(Hosting the tournament) enables us to showcase our Sportsplex and the facilities we have, which we feel are as good as anything around,” Laney said. “It’s also good for our hotels and restaurants, because we get people in town to help those businesses; it helps the town overall because it increases tax revenues from people coming into town. Finally, it potentially helps with economic development, because you never know who owns a business and might be thinking of locating somewhere. If they walk away with a good perspective on what Demopolis is and what we have to offer they may consider us for a future location.”

Games were held throughout the weekend with a champion scheduled to be determined Sunday.

(This article originally appeared in the Saturday, July 1, print edition of the Demopolis Times.)