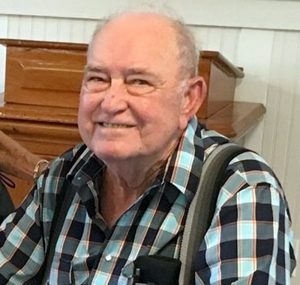 He was born on August 22, 1936 in Half Acre, Alabama. He worked at Gulf States Paper and retired from Borden Chemical Corporation. Earlier in life he worked as a mechanic at the local car dealership in Linden before joining the Army. While serving our country, he received the Medal of Commendation, the highest peacetime medal of that time.

His parents brought their family to a farm on the Chickasaw Bogue north of Linden in 1949. Mr. Smith later raised his own children and resided there until his passing. He attended both Providence Baptist Church and Beaver Creek Baptist Church.

Funeral services will be held at O’Bryant Chapel Funeral Home on Wednesday, Oct. 25, at 2 p.m. with Rev. David Stidham officiating. Burial will be at Demopolis Memorial Gardens in Demopolis.