Falcons come back to down Tigers in area game 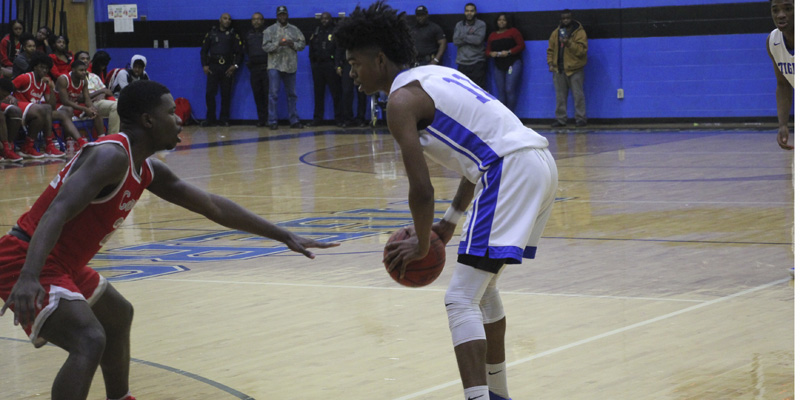 Shakari Williams works the Tiger offense against a Central-Tuscaloosa defender. Williams finished the game as the Tigers’ second leading scorer in the game with 11 points.

The Demopolis Tigers’ boys and girls’ basketball squads were each defeated by the Central-Tuscaloosa Falcons teams Monday. This losses leave both teams winless in the region at 0-4.

Sumter Central and Central-Tuscaloosa are tied atop the area standings at 3-1. A coin toss will determine which of those two teams will host the area tournament next week.

But the Tigers could not hold off the balanced attack by the Central Falcons down the stretch.

Demopolis was led in scoring by Melvin Childers who scored 18 points while Shakari Williams added 11 points.

Demopolis was led in scoring by Aniya Johnson with 9 points Samia Jackson had 4 points and Amiracle Jones rounded out the scoring with 2 points.

The Tigers last regular season games of the season will be Friday, Feb. 2, against Greene County followed by the area tournament next week.

(This article originally appeared in the Wednesday, January 31 issue of the Demopolis Times.)