Crawford Arrington Battle, 86, of Greensboro passed away May 4, 2018, at Perry County Nursing Home in Marion.

Services will be held Wednesday, May 9, at 11 a.m. from Greensboro First United Methodist with Dr. Jim Moore and Rev. Steve Vernon officiating. Burial will follow in Greensboro Cemetery. Visitation will be held one hour prior to the service. Kirk Funeral Homes Greensboro Chapel directing. 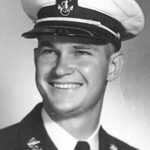 Honorary pallbearers will be members of the Excelsior Sunday School Class and the Staff of Perry County Nursing Home.

In lieu of flowers memorials may be made to the First United Methodist Church, PO Box 73, Greensboro, AL, 36744, or the charity of one’s choice.