Marengo County Sheriff Richard Bates will serve his third term in that office after holding off two challengers in Tuesday’s primary election.

Bates faced two other candidates on the Democratic ballot, James “Rick” Jones and Clint Sumlin, but held on to the majority needed to avoid a runoff, securing the seat for another four-year term. Bates was first elected as sheriff in 2010. 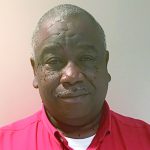 In races for Marengo County Commission seats, there will be a runoff for the District 5 seat between incumbent Michael Thompson and Thomas Rodgers. Thomas finished the primary with 412 votes to Rodgers’ 326 while challengers Mark Davis and Pettis Lockett finished with 281 and 200, respectively. The runoff election is scheduled for July 17. All candidates for the seat were on the Democratic ballot.

In the two-person race for the District 3 seat on the county commission, challenger Terry Hinton Sr. outpaced incumbent John Crawford Jr. by a vote count of 643 to 580.

In the primary election among governor candidates, Marengo County gave the majority of its support to Walt Maddox on the Democratic ballot with 2,847 votes and on the Republican ballot county voters supported Kay Ivey with 575 votes.

All race totals are unofficial as provisionals will be finalized next week, according to Probate Judge Laurie Hall.